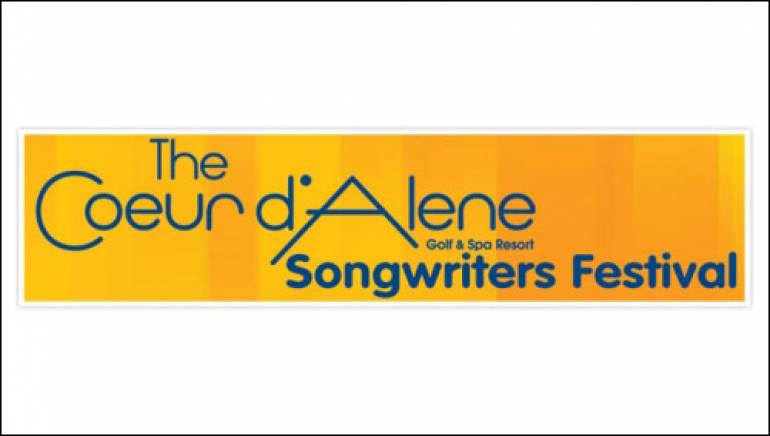 Over the course of two days and nights, attendees will be entertained by the heroes behind the hits—the writers who have composed some of the most beloved country classics of all time. During intimate in-the-round performances, these legendary songwriters will sing, play and share the stories behind their chart-topping smashesThe event follows the format of the successful songwriting festivals presented by BMI in Crested Butte, Colorado and Destin, Florida, as well as the groundbreaking Key West Songwriters Festival, the largest gathering of its kind anywhere in the world.

Performers at the The Coeur d’Alene Songwriters Festival will include iconic writers Even Stevens (“When You’re In Love with a Beautiful Woman” by Dr. Hook, “Drivin’ My Life Away” and “I Love a Rainy Night” by Eddie Rabbit, and “Love Will Turn You Around” by Kenny Rogers); two-time Grammy Award¬–winner Paul Overstreet (“Forever and Ever, Amen” by Randy Travis, “She Thinks My Tractor’s Sexy” by Kenny Chesney, and “Some Beach” by Blake Shelton); Emmy Award–winner Hugh Prestwood (“The Song Remembers When” by Trisha Yearwood and “Hard Rock Bottom of Your Heart” by Randy Travis); highly respected songwriter Kostas (“Timber, I’m Falling in Love” by Patty Loveless and “Ain’t That Lonely Yet” by Dwight Yoakam); contemporary country hit-maker Leslie Satcher (“When God-Fearin’ Women Get the Blues” by Martina McBride and “Politically Uncorrect” by Merle Haggard and Gretchen Wilson); and exciting up-and-comer Dustin Lynch (“Cowboys and Angels”).

In addition to the extraordinary songwriters scheduled to perform, each night of the festival will feature open mike nights on stages throughout The Coeur d’Alene Resort, as well as a concert in the new Garden Amphitheater at The Coeur d’Alene Resort Golf Course, a guitar pull featuring emerging country artists, presented by The Big 99.9 Coyote Country, and a Songwriter Sunset Cruise on the lake.

For more information on The Coeur d’Alene Songwriters Festival, including available room packages that include tickets for the Garden Amphitheater concert and sunset cruise, please visit at www.cdasongwritersfestival.com or www.cdaresort.com or call The Coeur d’Alene Resort business office at 1-800-688-5253. For concert or cruise tickets only, call the Resort Business Center at 208-765-4000, Ext.21. The festival is being produced by Too Far North Productions.