Posted in MusicWorld on August 24, 2008 by Malcolm Venable 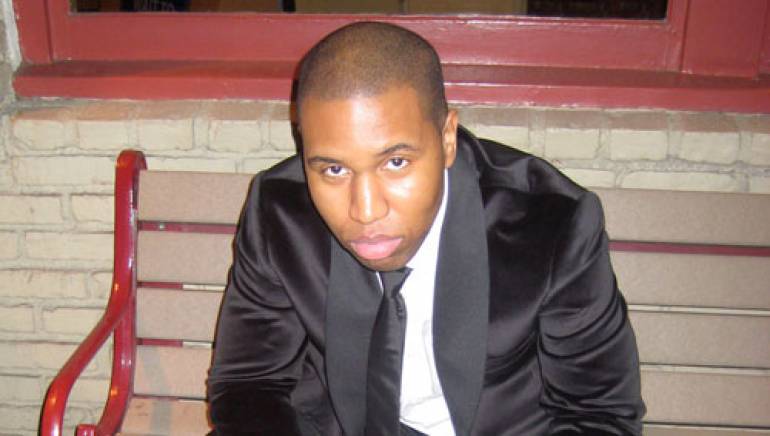 New Yorkers can be notoriously hard to excite, but when singer/songwriter Claude Kelly learned that one of his songs ended up in the vocal chords of Michael Jackson, this Lower East Side native lost a little bit of his Big Apple cool.

“I was literally shaking,” said Kelly.

Growing up, the son of Jamaican immigrants heard lots of reggae, but soaked up the r&b and hip-hop of the ’90s. He sang before he could talk, began playing the piano at 2- and-a-half and by middle school mastered the flute. After high school, Kelly attended the prestigious Berklee College of Music, and after graduation in 2002 returned to Manhattan.

Through networking and word of mouth, Kelly met as many producers as he could, and by 2002 had written a song that ended up a compilation by the Japanese clothing line A Bathing Ape.

“It was a lucky break,” he said. “It boosted my confidence.” With more hustling and flowing, Kelly got his second big break: “Daddy’s Little Girl” from Frankie J’s 2006 album Priceless. Though it didn’t chart well, he said, watching his song go from recording to mixing to mastering to music video was the confirmation that he needed to press on.

Kelly’s work so impressed Akon that in late 2007 the Senegalese singer suggested Kelly write to some of his music.

“I wrote the songs and hated them,” he said. Apparently he was the only one; all three got placed, one of which was “Forgive Me,” by Leona Lewis. “Hold My Hand,” another, will be featured on upcoming albums by Michael Jackson and Akon. At present, he’s working with Whitney Houston. “It’s incredible,” he said. “It’s a blessing.”

Kelly, who said his specialties are crafting melodies and stories, said he wants to work with rock and country musicians too. “I don’t want to just be known for r&b. I want to write songs that anybody of any age, any country can sing along to. Got to think global man!”