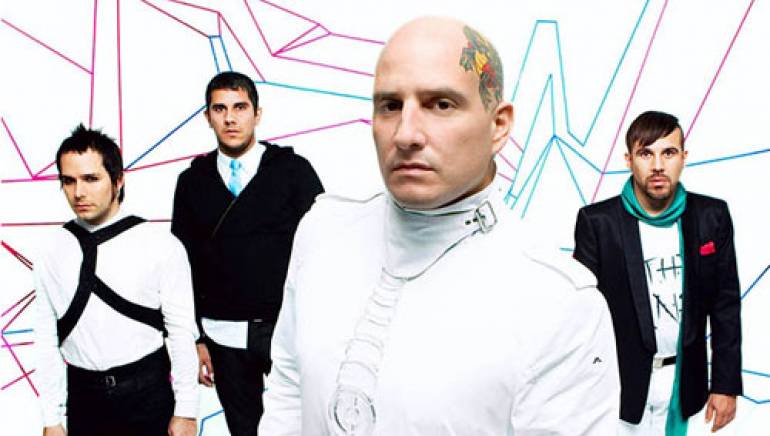 To be campy in the 21st century? Why not? Just challenging what’s expected, swimming against the tide, is what has always characterized one of the Spanish music world’s most innovative music groups: Circo.

With a name that is both short and to the point, the same way the band’s four members make music, Circo is impossible to forget. And that’s how “Cursi” (Campy), their new and first album for Sony BMG, in the market this September, is going to be.

After two successful albums, “No Todo Lo Que Es Pop Es Bueno” (Not Everything That Is Pop Is Good, launched in 2001 and re-released in 2003), and “En El Cielo De Tu Boca” (In The Roof Of Your Mouth, 2005), Circo returns to the musical arena with Sony BMG as new music label, and a production that will cement the fact that what Circo has accomplished all these years has been much more than accidental.

“Before being with Sony, we gambled on developing our careers outside of the United States and Puerto Rico, which is our base,” says Fofé. “In that sense, we went upstream, like the salmon in the song ‘Ser Salmón’ [Being a Salmon, from “En El Cielo De Tu Boca”]. We did not go unnoticed.”

But Circo’s talent begged for more, and their potential seemed to be getting stuck as an incomplete promise. So, in a death-defying career balancing act, the quartet from the western region of Puerto Rico decided to look for another record label.

“At that moment, it was like starting all over again,” remembers Fofé.

The curtains had not fallen over their act, although for some it may have seemed that way. During that time, bass player Nicolás Cordero “Nico,” opted out for another path in life.

“He was the youngest in the group, and he wanted to go back to school,” says Fofé. “So from a quintet we became a quartet, and we stayed like that. We spent our time composing and making demos. We did that for a whole year, working little by little. Rather than lie down and die, it’s best to keep on working. When you’ve been in this business as long as we have, you will experience everything.”

As a student in a Catholic school, Fofé’s first experience in music was music in the student choir. Once in high school, he took part in different groups, and during his university years, he had a band, De Facto, which was mainly influenced by the British pop groups of the 80s.

In the 1990s, another band was taking shape, El Manjar de los Dioses (The Food of the Gods), which required an essential element to become reality: a front man or lead singer. That would be Fofé.

“El Manjar de los Dioses was a band that was expected to become Puerto Rico’s answer to Caifanes,” says the artist, who also worked as the Puerto Rican rock scene’s correspondent for the famous music magazine “La Banda Elástica.”

With the rise of El Manjar de los Dioses, the recognition of its star vocalist increased. And so did the threat of breaking up.

“We were getting ready to come out with our third album for El Manjar de los Dioses, the record we hoped would get us noticed in a big way and bring us major deals with multinationals. But the band fell apart.”

Fofé then recruited David and Egui, former members of El Manjar, and together they joined forces in a new adventure: the creation of Circo in 2001.

“We all wanted to keep this going, to be known, to take our sounds to an international level and have serious careers in music,” says Fofé. “So, we decided to go ahead with the record, but as Circo. We chose some of the songs that I had written, plus some new ones, and we isolated ourselves for three months. We carried out auditions, chose Nico the bass player and invited Orlando.”

The outcome: “No Todo Lo Que Es Pop Es Bueno.” First as an independent production, then, multinational, repackaged and relaunched as a double CD, with live and new tracks. They received two nominations to the Latin GRAMMY awards, and devoted themselves to extensive and intense tours throughout México and Latin America. The Circo was in town.

“The albums shows how the group has evolved on a musical level,” explains Fofé enthusiastically. “It is called ‘Cursi’ because I wanted to explore the theme of love explicitly with all its rejections and seductions. I don’t mean to say that there won’t be any metaphors, but it is more direct, in a style that I had not explored previously. There are stories here, but the record is pretty danceable and radio-friendly. All our songs are an invitation to dance and to celebrate feelings.”