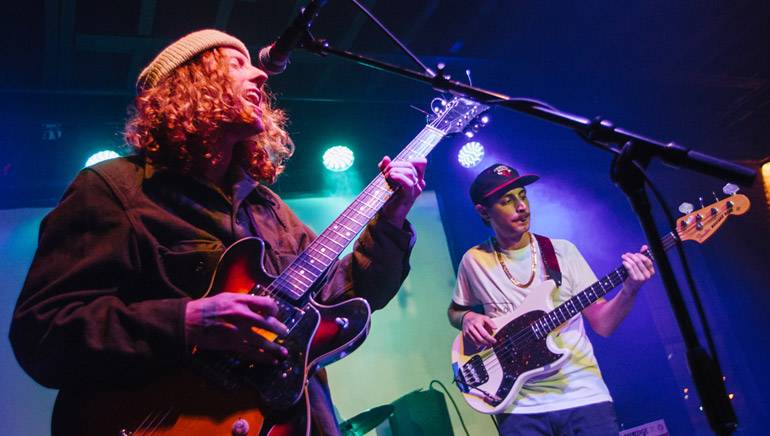 Chrome Pony, a Nashville group of rock n’ rollers, performs in front of a packed house at round three of Road to Bonnaroo. The group won the round and will take the stage at Bonnaroo in June.

Broadcast Music, Inc. congratulates Nashville rock n’ rollers Chrome Pony, the winners of the third and final round of Road to Bonnaroo. The band will join the champions of the first two rounds, Sol Cat and Future Unlimited, at the Bonnaroo Music and Arts Festival, to be held June 11-14 in Manchester, TN. Idle Bloom, a psych-pop group from Nashville, and Penicillin Baby, dreamy rockers also from Nashville, placed second and third, respectively. Check out shots from all the competitors below and congrats to all the winners!