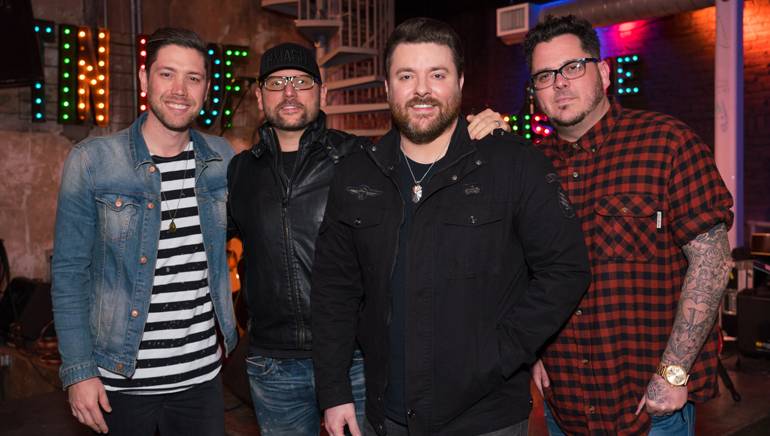 “We have no idea if we ever get to stand with a microphone in front of people at a No. 1 party ever again. I didn’t think I’d get to do my first one,” says Young. “It really is one of those things where I went from playing at El Chico on Murfreesboro Road, and with everybody’s support… my family’s support… and a lot of luck, right now I’m standing up here talking about my tenth No. 1 and Randy Travis is sitting over there.” 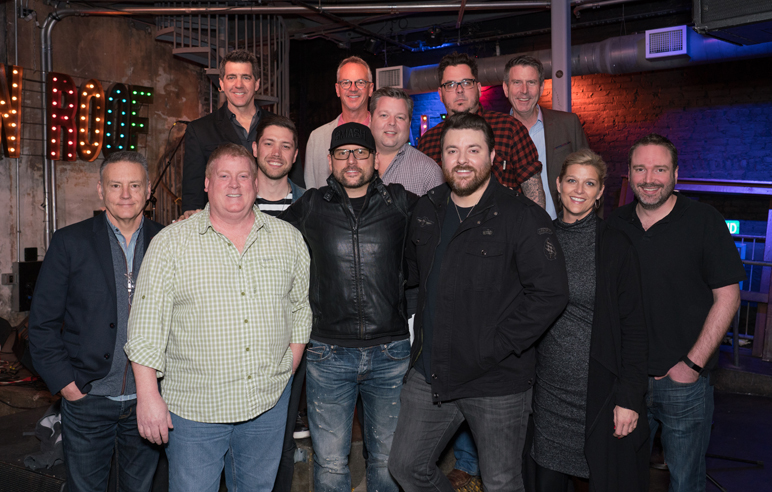