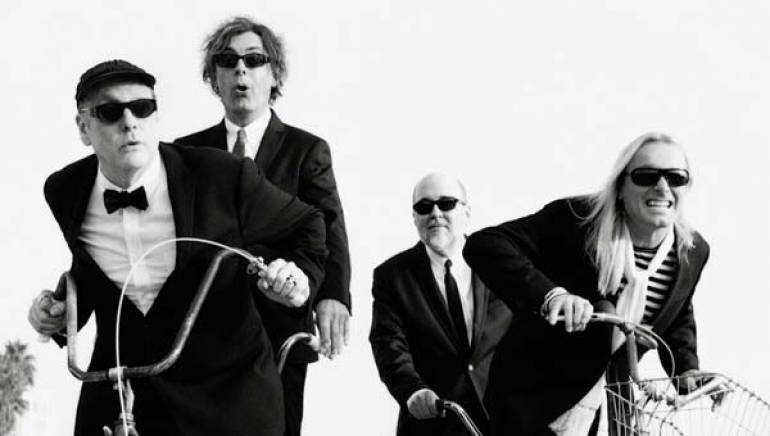 BMI will partner with SXSW to present Cheap Trick on Friday, March 19 at Auditorium Shores on Ladybird Lake in downtown Austin, Texas. Free and open to the public, the show starts at 6 p.m., and will feature special guests the BoDeans and Cracker.

Cheap Trick has offered a fervent mix of power pop and straight-up rock and roll for 35 years. From nostalgia-inducing jewels “I Want You to Want Me,” “Surrender,” and “The Flame,” to current fare like “Sick Man of Europe” and “Everybody Knows,” the band has remained as infectious as they are formidable. Tapped to color an impressive array of commercials and television theme songs for staples including That 70’s Show and The Colbert Report, they boast record sales of 20 million, contributions to 29 movie soundtracks, and 40 gold and platinum recording awards. Cheap Trick kicked off the summer of 2009 with a self-released new album, aptly titled The Latest. The original lineup remains intact: Robin Zander, lead vocals; Rick Nielsen, guitar; Tom Petersson, bass; and Bun E. Carlos on drums. www.cheaptrick.com

About SXSW
SXSW 2010 will comprise Music, Film, and Interactive segments, taking place March 12-21, 2010 in Austin, Texas. The SXSW Music and Media Conference features a legendary festival showcasing more than 1,800 musical acts of all genres from around the globe on over eighty stages in downtown Austin. By day, the Austin Convention Center comes alive with conference registrants doing business in the Trade Show and partaking of a full agenda of informative, provocative panel discussions featuring hundreds of speakers of international stature. In its 24th year, SXSW remains an essential event on the music industry calendar.

For more information on SXSW 2010, the SXSW Film Conference and Festival, the SXSW Interactive Festival, or to register for the conference, please visit www.sxsw.com or e-mail sxsw@sxsw.com.