Posted in MusicWorld on January 9, 2011 by Maria Browning 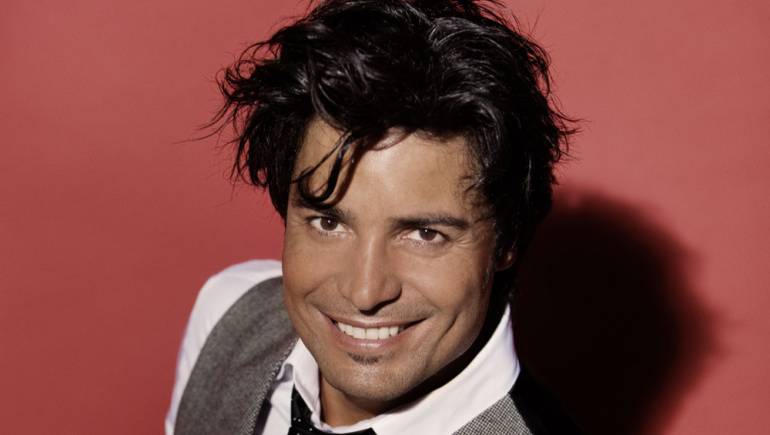 Latin pop sensation, balladeer, dancer, actor—there seems to be no role that Chayanne can’t master. With a career that has spanned more three decades, he has achieved truly iconic status in the Latin music world, yet he remains one of its hottest performers. His most recent album, No Hay Imposibles (Nothing is Impossible), has produced two hits this year, including “Me enamoré de ti,” the theme song for the Mexican telenovela Corazón Salvaje. Chayanne continues to be an electrifying presence in concert, as well. He toured the U.S. and Latin America earlier this year, and traveled to Spain in August for a 15-city schedule of performances.

Born in Puerto Rico in 1968, Chayanne stepped onto the music scene at the tender age of 10, as a member of the boy band Los Chicos. From the beginning, he loved to perform. “I was just a happy child enjoying the moment,” he recalls. “It’s funny, because I never felt like I was working.” Chayanne ultimately left Los Chicos in 1983 (a process he has described in interviews as “painful”) and established his solo career with his first album, Chayanne es mi Nombre, in 1984.

As with many young artists, it took a little time for Chayanne to find his musical niche. He had his first hit in 1987 with “Fiesta en América,” and in 1989, the ballad “Fuiste un Trozo de Hielo en la Escarcha” (“You were a Piece of Ice in the Frost”) topped the Hot Latin Tracks chart. Around the same time, noted choreographer Kenny Ortega directed the video for “Este Ritmo Se Baila Así,” an exuberant dance tune that gave Chayanne a chance to show off the moves his fans love. His mastery of both dance songs and tender ballads has come to define Chayanne’s career, and he takes pleasure in his versatility. When asked which type of song he prefers, he says, “I enjoy both. I have no preference at all, because I know that people like seeing me dance, but I also like the feeling that the ballads carry.”

Over the past two decades, Chayanne has produced a seemingly endless string of hits, including “Dejaria Todo “and “Yo te amo,” both of which topped the Latin radio charts. He has received two Grammy nominations, and his single “Y Tu Te Vas” was a Billboard Song of the Year in 2002.

In addition to his phenomenal music career, Chayanne has starred in both film and television in Puerto Rico, Mexico, Argentina and the U.S. He made two films with distinguished Puerto Rican filmmaker Jacobo Morales, including the award-winning Linda Sara. English-speaking audiences know him from his appearance on television’s Ally McBeal, and from his star turn opposite Vanessa Williams in the hit movie Dance with Me. Although Chayanne is currently touring, he looks forward to being in front of the camera again. “[Acting] is one of my passions,” he says. “I see myself acting in the future.”

In spite of his demanding schedule, Chayanne has always made a place in his life for humanitarian work. ”Whenever I have the time,” he says, “I commit with different organizations around the world. It makes me feel that I am bringing a little happiness to someone during difficult time.” He has served as a spokesperson for the Starlight Foundation, and as envoy to the High Commissioner for the UN World Refugee Organization. In January 2010, he appeared in Univision’s “Unidos Por Haiti,” a five-hour, live event to raise funds for earthquake relief, and he was among the voices on “Somos El Mundo: 25 por Haiti.”

Chayanne’s latest record, No Hay Imposibles (Nothing is Impossible) , which was released internationally in February of this year, includes the same mix of infectious dance music and romantic ballads that has become his trademark. He says that he is particularly proud of the “very powerful” ballads on No Hay Imposibles, which he enjoyed interpreting. “I really like to communicate the love, the sadness,” he says. As for future projects, he affirms that recording in English might be a possibility someday, but he’s in no hurry. “In the meantime,” he says, “my career and my music are dedicated to the marvelous Spanish-speaking audience.”

Written by Maria Browning, a freelance writer who lives outside Nashville, Tennessee.