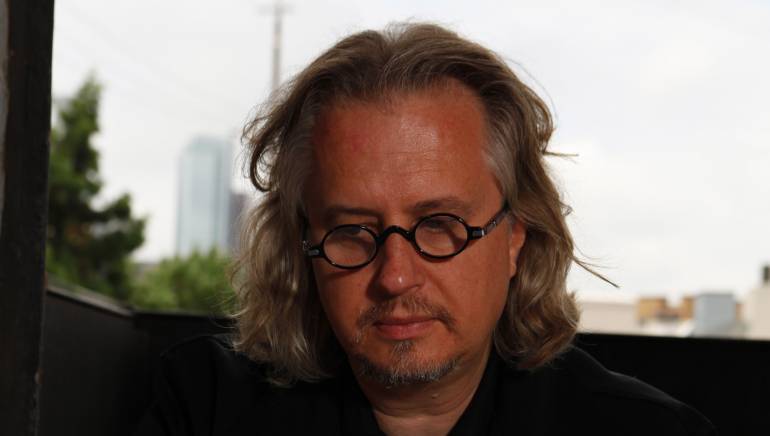 With the 65th Annual Primetime Emmys taking place September 22 in Los Angeles - and the awards in the Creative Arts categories being presented a week prior, on September 15 - it’s the perfect time to catch up with one of Broadcast Music, Inc.’s most dedicated composers, Anton Sanko. This year, Sanko is nominated in the Outstanding Music Composition for a Miniseries, Movie or a Special (Original Dramatic Score) category for his work on Ring of Fire, based on the life of legendary country artist June Carter Cash. The Lifetime original movie, starring Jewel as June Carter, is a heartfelt telling of the singer’s life, from her early beginnings in the rural mountains of Virginia to her turbulent, yet enduring marriage to Johnny Cash (played by Matt Ross).

Sanko, a New York City native living in Los Angeles, is no stranger to awards, having won a News & Documentary Emmy in 2011 for his music on the seven-part television series, Great Migrations, on National Geographic. But this type of recognition will never lose its magic. “This sounds like such a cliché, but it really is just an incredible honor to be nominated,” Sanko tells BMI. “I was just shocked, overjoyed and thrilled. You’re walking on air for a week.”

In many ways, Ring of Fire was familiar territory for Sanko, who is well versed in folk music due to his years spent producing and writing for such eclectic acts as Suzanne Vega and Lucy Kaplansky. “My idea was to write in a vernacular reflecting the time and the place of the movie,” says Sanko of his work on Ring of Fire, which is based on John Carter Cash’s narrative of his mother’s life, Anchored in Love: An Intimate Portrait of June Carter Cash. “I tried to stick within an orchestration that they [the Carter family] would know, which meant working with mountain dulcimers, fiddles, mandolins, things like that, and then trying to develop themes or dramatic materials that would help make the film cohesive so it would both be able to stand out and blend in with the music that was being played on screen.”

Although he didn’t interact with the Carter family during the making of the movie - “I come in at the very end,” he explains of the composing process - Sanko is a big fan of their music. Among his favorite recordings is a song called “Hurt,” that the late Johnny Cash worked on with producer Rick Rubin. It’s a cover of a famous Nine Inch Nails song. “Johnny’s voice is stunning and everything about that record is just gorgeous,” says Sanko.

Having worked on more than 25 movies, including the horror film The Possession in 2012 and 2011’s Rabbit Hole, starring Nicole Kidman and Aaron Eckhart, Sanko is equally comfortable in television, where he won accolades for scoring HBO’s critically acclaimed series, Big Love. But no matter the medium, Sanko is always pushing the boundaries and putting into practice what he’s learned from his composing idols. “I’m in no way comparing myself to Jerry Goldsmith, but I’m in awe of the way that he was able to go from one project to another - anything from The Omen to some schlocky romantic comedy - and still maintain his integrity and his voice and that’s always what I’m trying to do,” says Sanko. “I think of harmony and melody in a specific way and I have specific instruments that I like to use that may or may not come across as a trademark sound, but I like to hope that they do.”

One such instrument that is near and dear to Sanko’s heart is the tiple, a multi-string instrument that looks like a ukulele, but, according to Sanko, is far beyond the ukulele. He owns a vintage one from the 1920s. “You can’t tell what ethnicity it is; it has these cross-cultural references that I love,” he says of the sound produced by his favorite instrument.

Sanko has some exciting projects lined up for the rest of 2013 and 2014, starting with the new original Amazon series, Alpha House, which he describes as “the anti-House of Cards.” The series is developed by Garry Trudeau, the creator of Doonesbury, and stars John Goodman. The pilot has already been shot and is viewable now on Amazon Prime Instant Video. “It’s a comedy about four Republican senators who are sharing a house together in D.C. It’s just really funny, it’s sharp and it’s smart and really well made,” dishes Sanko of his new project, which falls in line with a growing trend started by Netflix called “binge-viewing,” where people watch entire seasons of original series online, with no interruptions.

For Sanko, who has already proven himself in more traditional platforms, this represents an exciting new frontier, one which will hopefully make room for many composers in the years to come. “It’s a whole new experience and it’s really great because, in a way, movies are a little bit limited in the fact that you’re only working with an hour and a half, two hours,” says Sanko. “It’s hard to sink your teeth into a character or a situation. But when you’re watching one of these episodic situations and they’re really well done, it’s just a very gratifying experience. Like reading a great book you don’t want to put down.”