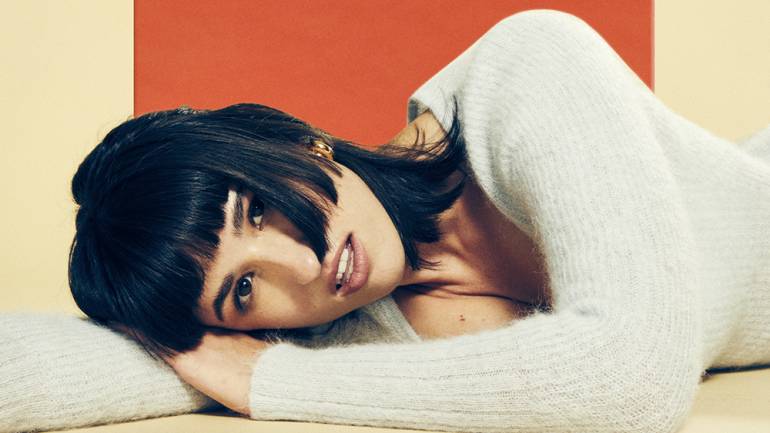 Raised on soul and R&B, Rozzi Crane is a singer/songwriter with a swelling, soulful voice and a talent for disarmingly intimate lyric-writing. These attributes caught the attention of Maroon 5 singer/songwriter Adam Levine, who signed her to his label, 222 Records. From there, Crane steadily gained a reputation as a songwriter to watch, releasing two EP’s on Levine’s label before moving to Small Giant Records to release her debut album, Bad Together.

Since then, Crane’s career continued its ascent. After a string of well-received singles, tours, television appearances, acting gigs, and the launch of her podcast, Ugh! You’re So Good, the COVID-19 pandemic took hold. Normal routines were upended, but Crane kept writing and creating music. Having recently signed with S-Curve Records, she released her latest single, “Best Friend Song,” co-written with Charlie Snyder and Zak Waters. The single is a joyful slice of sparkling, soulful pop that celebrates friendship, providing a much needed lift during the uncertainly of the current times. Crane plans to follow this up with a full EP on S-Curve Records later this year.

BMI recently caught up with Crane to find out how she is staying creative and making it all work. Here’s what she had to say.

It’s weird to release music right now. Both because I can’t do it the way I’m used to, and also because the world feels so heavy. It feels a little strange to sing a song about my friend when everything is on fire. But I also know that, as a fan, music and movies are keeping me sane. And I know I really miss my best friend and all my friends and that other people probably do, too. So my hope is that the song connects people and gives a little light right now.

What’s helping you stay focused on your songwriting during this time? Are there any exercises you practice to keep in the creative mindset?

I’m having the hardest time writing. I feel totally uninterested. Maybe it’s because I’m so close to finishing an album that the idea of starting anything new feels crazy. But I think it has more to do with the Groundhog Day vibe of my life. I write about my experiences, and it’s hard to feel inspired by anything when my world looks the same every day. I have some friends who feel the same and others who have never been so prolific. I just feel kind of bored of my own thoughts!

The biggest silver lining has been how much piano I’ve had to play. Whenever I needed to perform I’ve had to do it alone because no one else is allowed in my house! It’s helped me cross the line into being good enough to actually enjoy playing. Now I play piano every time I sing. It makes me feel even more connected to my own songs.

Not knowing what’s coming. I’m such a planner—I love to look forward to things and visualize my future. It’s hard to face this endless expanse of who knows? I wish I could know when I’ll get to sing for a live audience again. Even if it was years from now, I think knowing it was going to happen again would make me feel a lot better.

I make a schedule each day. Like I said, I love to plan! And with a schedule I can feel productive and assertive even if I never leave my house. Otherwise, I might only watch the Real Housewives of New York.

At first it was all Jhene Aiko’s new album. Then it was Dua Lipa’s. I’ve listened to a lot of Beatles too. And got into Wilco for the first time. I also like Dominic Fike’s album too. And The Chicks.

Singing live. Going to a show at the Hollywood Bowl. Going to a crowded dance party. Not being afraid of my friends!

I think we need to have patience with ourselves. I asked my 95-year-old nana what was worse, quarantine or WW2, and she said quarantine. I’m sure she’s kind of kidding, but the point is this is CRAZY! We should try our bests to stay creative and we should forgive ourselves when things don’t go as planned. And if we feel more anxious or more sad or more angry than normal, that really makes a lot of sense.

To capture your moment, not the moment. From a bird’s eye view, there is one story of what’s happening in the world, but really every single person is having their own experience. I don’t think I could successfully write a song about what the pandemic means to society, but I can write about getting cabin fever in my house, or falling in love in a strange time, or missing my friends. I think our job is to tell our own stories, whatever they are.