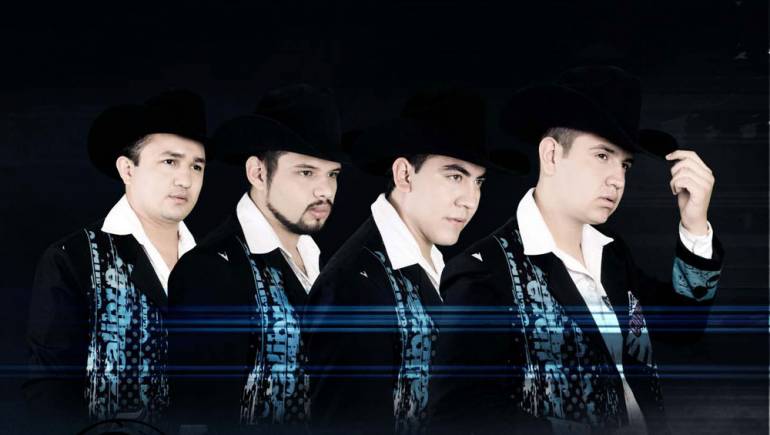 When Mexican band Calibre 50 dropped their sophomore release De Sinaloa Para El Mundo earlier this year, expectations were dizzyingly high. The quartet formed about 3 years ago in Mazatlán, Sinaloa, the birthplace of banda music. Their hard-hitting name—as well as the title of their first album Renovar o Morir —are indicative of the force with which this group of four talented young men have joined the regional Mexican scene.

Their instruments may be the only traditional thing about them. By combining the tuba and twelve-string guitar typical of banda music with accordion and drums, the group has developed a distinct yet initially familiar sound. However, from their rough-and-tumble lyrics and rhythms, to collaborations with fellow envelope-pushers like Gerardo Ortiz, Calibre 50 is bringing a fresh new sound to the constantly evolving genre.

Eden Muñoz is one of the band’s lead songwriters. He is gaining a reputation as a go-to songman through his writing for Calibre 50 as well as other groups, such as Banda San Jose de Mesillas and Banda Carnaval.

Muñoz and his band are currently enjoying the success of their hit single, “El tierno se fue.” Translated loosely as “no more tenderness,” it’s a song that captures a new vanguard trying to reinvent itself within the framework of a musical genre that is over 100 years old—a “love” song for a generation that records its sexual exploits on cell phones. Muñoz’s strong and serenading vocals are juxtaposed with lyrics so explicit they make hip-hop look tame. No more tenderness is right.

“The song is doing great; the public likes it a lot,” says Muñoz, adding that it spent 23 weeks at the top of the Mexican charts, while De Sinaloa Para El Mundo continues to climb Billboard Top Latin Albums chart. Their new single, “Estoy engañando con otra” (“I’m cheating with another”), is soon to be released. “The times are changing,” he says, and Calibre 50 is on the forefront of that change. “We are oddballs in the genre. Ours is a fresher style.”