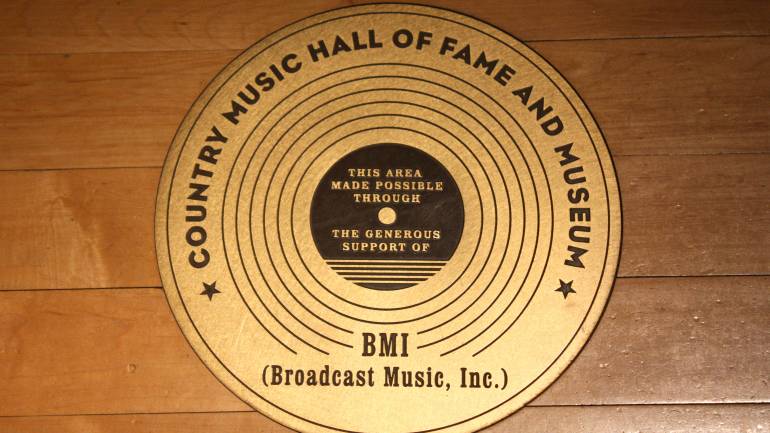 Legendary Broadcast Music, Inc. songwriters Bobby Bare and the late ‘Cowboy’ Jack Clement officially joined the elite ranks of the Country Music Hall of Fame at an intimate induction ceremony Sunday, October 27, 2013, in Nashville. Surrounded by friends, family and peers, the evening celebrated the long careers and legacy of both men, complete with star-studded musical tributes to each inductee.

First to be inducted was revered writer, producer and storyteller ‘Cowboy’ Jack Clement, who passed away this past August at the age of 82. Known for his work with Charley Pride, Jerry Lee Lewis, John Prine and Johnny Cash, as well as songs written for Porter Wagoner and Dolly Parton, among others, Clement was saluted by Pride in a heartfelt speech. Clement’s daughter Alison accepted the honor on his behalf, and Kris Kristofferson, John Prine, Marty Stuart and Emmylou Harris gave an inspiring musical tribute.

Bobby Bare was inducted next by his former bass player and friend Tom T. Hall. Bare’s career highlights include producing the album that launched the “Outlaw Movement,” later fronted by recently-deceased Tompall Glaser along with Willie Nelson, as well as decades of quality songwriting. Buddy Miller, Kris Kristofferson, John Anderson, Rodney Crowell and Emmylou Harris came together to celebrate the songwriting catalog of Bare in a riveting tribute.

The Country Music Hall of Fame® and Museum is operated by the non-profit, educational Country Music Foundation (CMF). Its mission is to identify and preserve the evolving history and traditions of country music and to educate its audiences. More information is available at countrymusichalloffame.org.