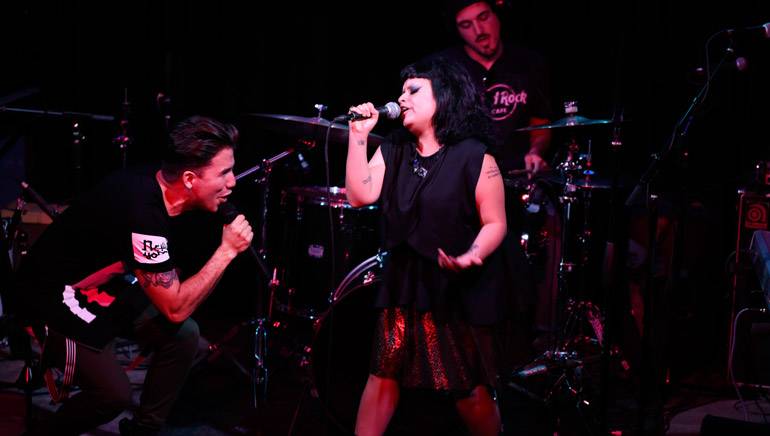 ABOUT THE PERFORMERS:
Los Crema Paraiso: Los Crema Paraiso is the new sensational and powerful trio made up of Neil Ochoa (Si Se), José Luis Pardo (Los Amigos Invisibles) and Alvaro Benavides (Pedrito Martinez Group) that brings Venezuelan traditional music into jazz, rock, funk, latin grooves, electronica and exotic sounds from all over the world. Influences from the likes of Aldemaro Romero, Noel Petro, Tom Jobim, Medeski, Martin and Wood, Pink Floyd, Freddy Reyna, Ali Aguero and The Police, among others, make this trio a unique outfit packed with energy and elements that will make you dance in a way that you never have before. “We are all Venezuelans that grew up playing different kinds of music but felt challenged to play with our roots and also wanted to bring something else to the way people see music from our native country,” says José Luis Pardo. Their music sounds like “high speed bossa nova,” jazzy modern-waltz and percussive atmospheric music with the warmth and sweetness that only a band with these musicians could achieve.

M.A.K.U. SoundSystem: M.A.K.U Soundsystem is an immigrant band from New York City with most of its members hailing from Colombia. M.A.K.U embodies an active quest for identity through sound and bodies in motion, and puts on a party for everyday people. Born in 2010, the band has independently released two full-length albums, one EP, and toured across the U.S. with their fiery grooves. Their distinctive sound is enriched with a variety of musical backgrounds brought to the table by each of its members. Although not inherently discernible, there are hints of Colombian folklore, psychedelic-rock and Caribbean grooves that all come together through a D.I.Y. attitude of getting things done. From composing to releasing independent records, M.A.K.U. is as much about the music as it is about a way of life. The recipient of the globalFEST Touring Fund in 2012, M.A.K.U. was nominated and selected as one of nine artist to join the 2014-15 New York State Presenters Network Touring Roster.

Maxx Gallo: Maxx Gallo is a Mexican-American artist, songwriter and producer who has taken the “3Ball” movement to a whole new level with his unique style. Born Luis Angel Gonzalez in L.A. and raised in the state of Oregon, he used his musical knowledge and began to experiment with hip-hop, reggaeton and house music during his teenage years. It wasn’t until 2011, when he came upon 3BallMty’s release of “Intentalo,” that he finally found the sound of his dreams by tribal mixing all of his regional Mexican influences with his passion for urban music and establishing himself in this new Mexican-made genre. In 2012, Gallo returned to L.A. and rapidly showcased his talent and potential while music influencers took notice. Shortly after opening up the 2013 Calibash super concert at the Staples Center, he connected with legendary Mexican producer Toy Selectah, who took him in as the newest member of the family and began making plans for the future tribal star. Since then Gallo has built momentum and will surely create a huge impact when he releases his first big project this summer.

Julio Reyes: Mexican singer-songwriter Julio Reyes returns with a new musical movement that has been coined REGION*AL*TERNATIVO. The first single spearheading this new movement is “Me Canse de Rogarte,” which was inspired by Jose Alfredo Jimenez’ original song “Ella.”  In 2012, Julio first left his mark on the Regional Mexican genre with his debut album No Inventes, released under Sony Music and featuring hit singles “No Inventes” and “Recompensa.” His “Sin Vergüenza” was also included in the popular Mexican novela Dos Hogares (Televisa)  as the theme song, while his acting debut took place in the film Pecado Mortal, a film airing in Mexico, and Central and South America through the Cine Latino channel.