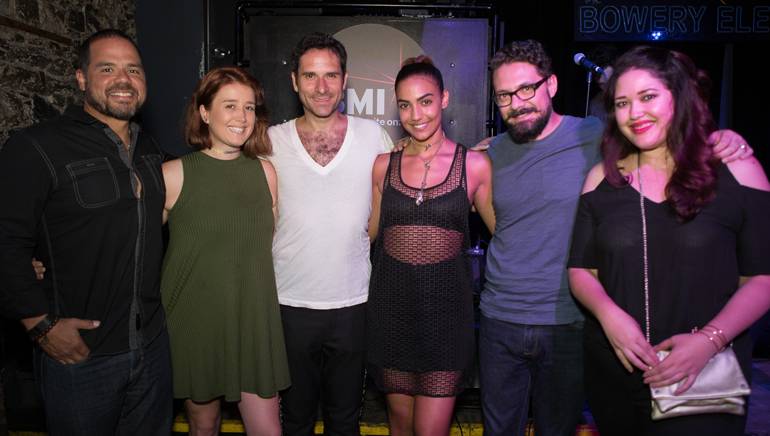 On Tuesday, July 5, the BMI Latin team brought the ‘Verano Alternativo’ showcase to the Bowery Electric. The sounds of Latin electronica, rock and dance rhythms lit up the night and served as the unofficial start to the 2016 Latin Alternative Music Conference (LAMC). Digital Guaracha served as the DJ in-between sets by Manu Manzo, Rana Santacruz, Vanessa Zamora, and Too White to Be Mexican. Standouts included Too White to Be Mexican performing “Some Love,” Zamora singing songs from her debut album, Hasta la Fantasía, Latin GRAMMY nominee Manzo performing songs such as “Mi A mor Perfecto” from her EP Como Soy, and the eclectic Santacruz impressing the crowd with his rendition of tracks from his latest album, Por Ahí.