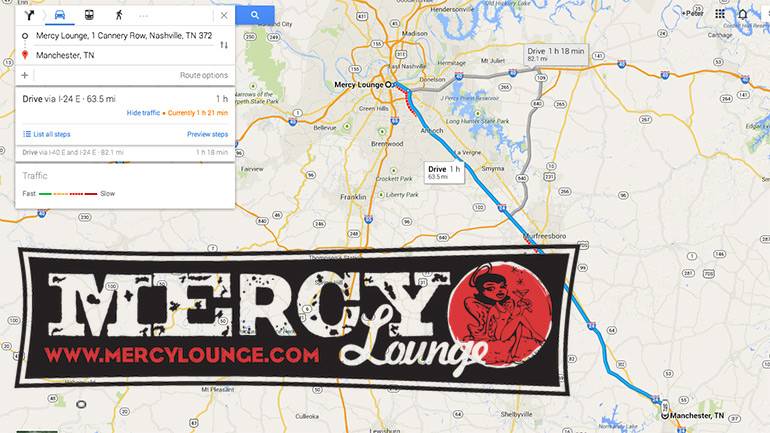 Nashville’s hottest battle-of-the-bands competition returns for its sixth consecutive year. BMI’s “Road to Bonnaroo” will put the region’s top Indie acts to the test during three showcases (February 3, March 3, and April 7) held at Nashville’s premier venue, Mercy lounge. From alt-country to psychedelic rock, the vibes and sounds of each showcase will span the sonic spectrum as each act tries to outdo one another. With three coveted spots up for grabs at the 2014 Bonnaroo Music & Arts Festival, competition will be at its most intense as 8-10 acts go head-to-head each month with brisk and lively three-song sets.

RTB 2014 will follow the rules established in previous years: at least eight bands will perform three-song sets during each installment of the series. To select the evening’s top contender, an industry panel comprised of local music journalists, bloggers, and 8 off 8th hosts will contribute one half of the verdict, while fan votes through onsite ballots determine the other half.

BMI’s involvement underscores the organization’s vital role as an early career counselor and support system for aspiring songwriters and bands. As an initial point of contact for burgeoning artists, BMI serves as a fundamental bridge, connecting promising talent with industry decision-makers, as well as with invaluable opportunities, including performance slots on stages at SXSW, the Austin City Limits Music Festival, Lollapalooza, the Hangout Music Festival, the Bonnaroo Music and Arts Festival and more. Last year’s winners include: Ranch Ghost, Alanna Royale, and Richie.

The RTB 2014 is sponsored by BMI, the Mercy Lounge, The High Watt, The Nashville Scene and the Bonnaroo Music and Arts Festival. Follow this year’s competition on Twitter: #Rd2Bonnaroo

The 2014 Bonnaroo Music and Arts Festival is slated for June 12-15, in Manchester, Tennessee. A four-day, multi-stage camping festival held on a beautiful 700-acre farm, Bonnaroo brings together some of the best performers in rock and roll, along with dozens of artists in complementary styles such as jazz, Americana, hip-hop, electronica, and just about any contemporary music you can think of. In addition to dozens of epic performances, the festival’s 100-acre entertainment village buzzes around the clock with attractions and activities including a classic arcade, on-site cinema, silent disco, comedy club, theater performers, a beer festival, and a music technology village. For its peaceful vibe, near-flawless logistics, and unrivaled entertainment options, Rolling Stone magazine named this revolutionary entertainment experience one of the 50 moments that changed the history of rock and roll.
www.bonnaroo.com