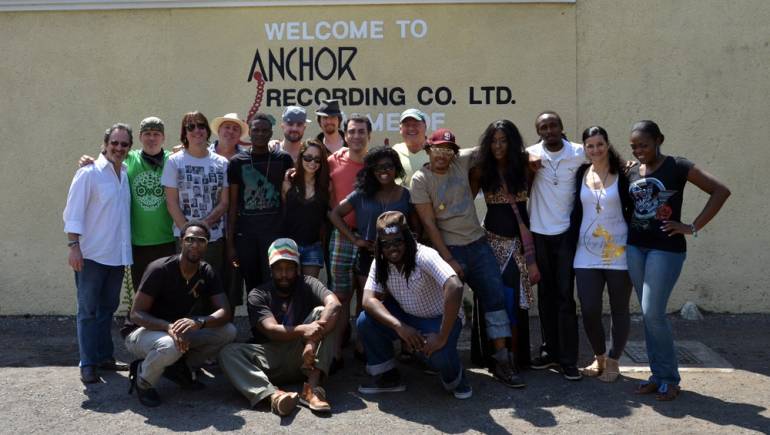 Songwriters from around the world gathered in Kingston, Jamaica for BMI’s annual Kingston Songwriter Camp February 22-25. This year marked the third installment of the camp, which brought together an international coalition of songwriters, producers and music publishers to collaborate, learn from one another, and emerge with hit songs. Attendees from Hong Kong, Europe, Jamaica and the United States wrote twenty-two new songs at the event this year alone.

“The wide-ranging talent assembled at the BMI Kingston Songwriter Camp ensures that powerful new songs are created,” said Brandon Bakshi, Executive Director, Writer/Publisher Relations, Europe & Asia. “Because the group is international, the benefit for the songs is twofold; the influences and inspiration behind the songs are uniquely diverse, and the songs are sure to be performed and played all over the world.”

A dynamic artistic center, Kingston, Jamaica is the ideal host for the event. “Music is what makes this island go round,” said Bakshi. “From reggae and roots, to dancehall and dub, it is inescapable. That constant energy of Jamaica inspires us all.”