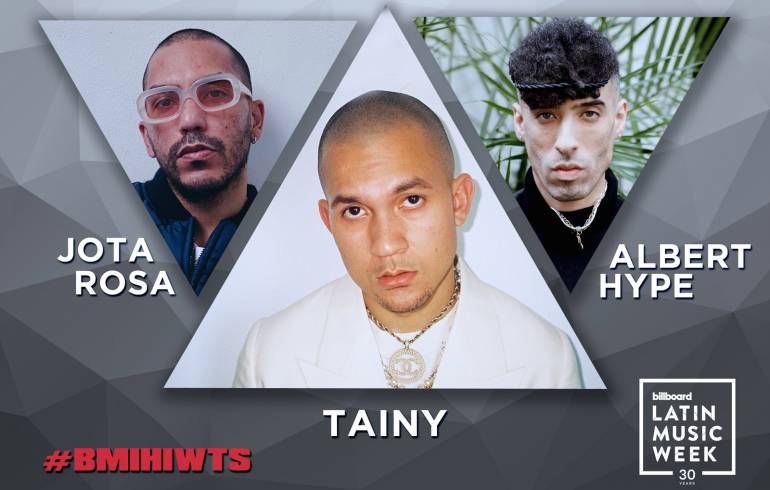 BMI is pleased to present its signature panel “How I Wrote That Song®” in its first virtual form during the 30th anniversary of Billboard’s Latin Music Week on October 23, 2020. This year’s panelists will include three-time Latin GRAMMY award-winning producer Tainy, who has dominated Billboard’s Latin Producers chart with a milestone 50 week run at number one, joined by special guests Albert Hype and Jota Rosa.  BMI’s Senior Vice President of Creative, Alex Flores will moderate the conversation as the hitmakers discuss what goes into producing across multiple genres, the ingredients needed for the perfect writer/producer collaboration, the stories behind their biggest hits and more.

BMI’s “How I Wrote That Song®” has served as a platform for Latin music creators to discuss the process of writing, producing and performing their hit songs. This year’s featured panelist, Tainy, is the mastermind behind mega-hits such as “Callaita,” “I Can’t Get Enough” and “Un Día (One Day),” among others. The producer’s genre-bending approach with “I Like It” earned him his first number one on Billboard’s Hot 100 chart, along with a GRAMMY nomination in the coveted Record of The Year category.

As part of Tainy’s collective, NEON16’s resident producers Jota Rosa and Albert Hype will also join the conversation to share their journey as emerging producers. Rosa has worked with Latin mega stars such as Bad Bunny and Zion & Lennox, while Hype was commissioned to participate on the critically acclaimed album Oasis (2019) from J Balvin and Bad Bunny.

“As we continue to stay connected with the Latin music industry during these challenging times, we are proud to partner with Billboard for this year’s milestone anniversary of Latin Music Week. Our signature HIWTS panel throughout the years has drawn together a diverse mixture of attendees including emerging producers, songwriters, industry tastemakers and music fans,” said Alex Flores, BMI Senior Vice President, Creative. “Collectively, this year’s group of panelists have pushed the boundaries of the Latin urban movement and are reshaping the genre. I am thrilled to join this conversation and hear these talented producers dig into the stories behind some of their top charting hits.”

To RSVP for Latin Music Week and watch the panel, please click here.

The online event will be part of Billboard’s Latin Music Week, taking place October 20-23, 2020. How I Wrote That Song® will be live at 10:45 a.m. ET on Wednesday, October 23. To join the conversation, use the hashtag #BMIHIWTS.

About the panelists and Moderators:

Tainy
Leading a new wave of Latin music for over a decade, famed producer Tainy is the mastermind behind some of reggaeton’s most iconic hits. A three-time Latin GRAMMY and multiple BMI award-winner, Tainy has been churning out career-defining hits for countless artists including Daddy Yankee, Bad Bunny, J Balvin, Rosalia, Lauren Jauregui, Zion & Lennox, Don Omar, Wisin & Yandel and more. In 2019, Tainy made his artist debut and reached the top charts with hit singles including “I Can’t Get Enough,” “Adicto,” “Callaita” and recently “Agua” and “Un Dia (One Day),” as he continues to push the culture forward on a global scale.

Albert Hype
Albert Hype is one of the most promising producers in Latin Urban music today. Growing up, the Cuban-Puerto Rican producer got into music by playing the guitar in punk rock bands. His edgy musical influences include My Chemical Romance, Kanye West, Frank Ocean, Bob Dylan, Prince and David Bowie. Hype soon struck the interest of award-winning producer Tainy and his talent incubator NEON16, where he has been part of the producing roster since 2019. His credits include “Estamo’ Arriba” by Bad Bunny & Myke Towers, “Aqui Yo Mando” by Kali Uchis, “Hablamos Mañana” by Bad Bunny, Pablo Chill-e, Duki, and “Yo Le Llego” by Bad Bunny and J Balvin.

Jota Rosa
Abner Cordero, better known as Jota Rosa, is a Puerto Rican producer who began to realize his passion of music while in high school. His influences are diverse and include Robi Draco, Pharrell Williams, Frank Ocean and Tainy, amongst others. Rosa is one of NEON16’s resident producers and has been working with Tainy for years on several projects. Some of Cordero’s credits include “Mas de Una Cita” performed by Bad Bunny and Zion & Lennox, “Que Malo” by Bad Bunny & Ñengo Flow and “Malos Hábitos” by Kris Floyd.

Alex Flores, BMI Senior Vice President, Creative
In this role, Flores oversees the Creative teams in BMI’s seven offices in New York, Los Angeles, Nashville, Atlanta, Austin, London and San Juan, helping to support the Company’s songwriting community and cultivate key industry relationships. In addition, she oversees the continued development and execution of acquisition and retention strategies that are in line with BMI’s overall mission of growing our leading market share across all genres of music. 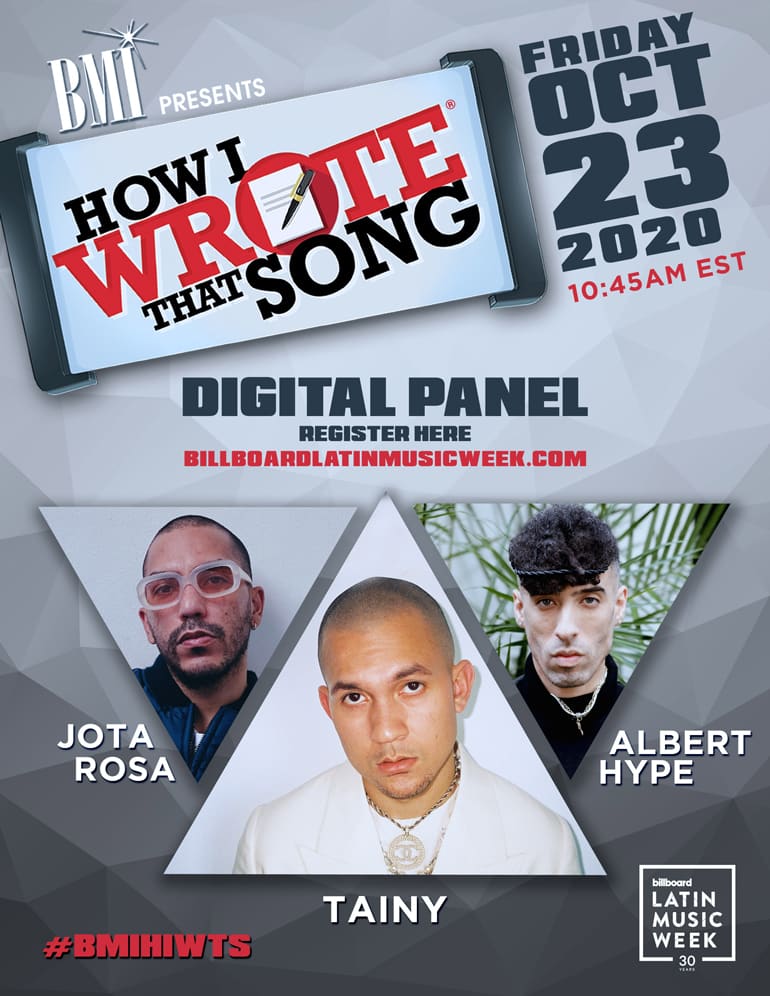