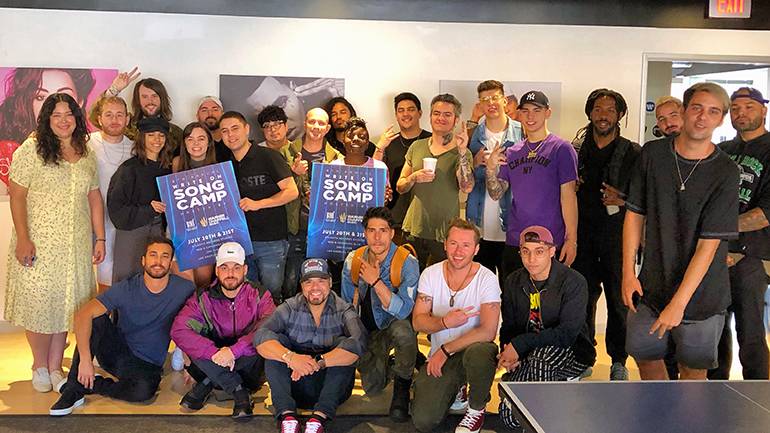 This year’s “Write On” song camp brought together 25 songwriters and producers from various genres and countries to the Atlantic Records Studios on July 21, 2019 in Hollywood.

BMI and Warner Chappell Music hosted the 6th annual “Write On” song camp in collaboration with Warner Music Group on July 20 and 21, at the Atlantic Records Studios located in the heart of Hollywood. The event is designed to foster avant-garde collaborations and push the participants to break free from genre conventions, allowingfor experimentation among artists, songwriters and producers who might not have otherwise worked together.

The talented pool of songwriters and producers represent an international blend of music makers from countries such as Spain, Brazil, Argentina, Mexico and the United States. Throughout the weekend, participants collaborated in various clusters to write and record more than 15 songs that will be pitched primarily for Warner Music Group and Warner Chappell Music recording artists. The workshop culminated with participants showcasing their new compositions created during the intimate writing sessions in front of an audience of fellow songwriters, executives and other invitees.