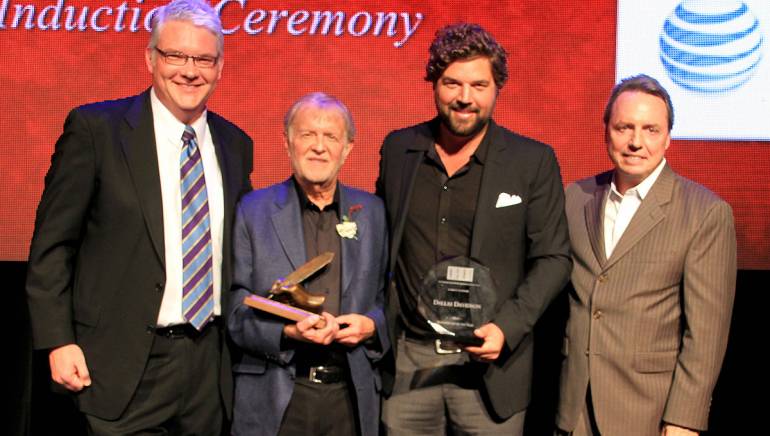 On Sunday, October 7, 2012, the Nashville Songwriters Association International (NSAI) celebrated the year’s hit writers at its annual Songwriter Achievement Awards. Dolly Parton’s “I Will Always Love You” was named Song of the Year for its surge in the airwaves following the death of Whitney Houston in February. The mega hit has also been recorded and gained hit status with several other superstars including Parton herself.

Taylor Swift, also a BMI writer, was named Songwriter/Artist of the Year for the fifth time in six years. Swift has self-written hits including: “Safe And Sound” “Eyes Open,” “Sparks Fly,” and “Ours,” as well as numerous other smashes.

The Songwriter of the Year prize went to Dallas Davidson, co-writer of hits including “Country Girl (Shake It for Me)” and “I Don’t Want This Night to End” by Luke Bryan. BMI songwriters also dominated the list of winners of NSAI’s “The Songs I Wish I’d Written” with nine of the top ten songs written or co-written by BMI songwriters.

Along with the awards presented by NSAI, the Nashville Songwriters Hall of Fame inducted legendary BMI songwriter Larry Henley with a musical tribute of his songs including “Til I Get It Right,” “Is It Still Over,” “Lizzie And The Rainman,” “He’s A Heartache,” and “The Wind Beneath My Wings.” In addition, Kix Brooks, Don Cook and Paul Worley announced that the 2012 recipient of the Frances Williams Preston Mentor Award was the late Donna Hilley. Hilley was former president and chief executive officer of Sony/ATV Nashville. The Mentor Award is named after BMI’s legendary former CEO, Francis Williams Preston, who also passed away earlier this year.