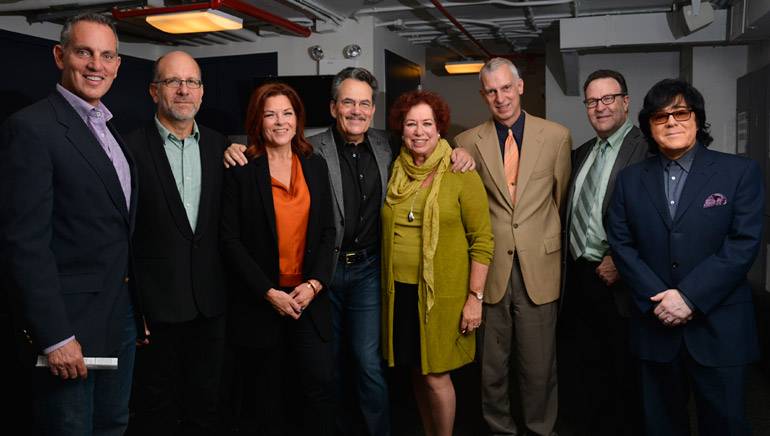 On October 8, Country Music Hall of Fame® and Museum’s 2015 Artist-in-Residence and recent Nashville Songwriters Hall of Fame inductee, Rosanne Cash, was the featured guest at the Songwriters Hall of Fame Master Sessions at New York University. Cash, whose chart-toppers include “Seven Year Ache” and “My Baby Thinks He’s a Train,” among others, gave students, faculty, and administrators, as well as members of SHOF and the NYC music community, a first-hand account of her three-decade-and-counting career. The Master Sessions, which were launched in 2011, are a collaborative effort between the Songwriters Hall of Fame and the Department of Music and Performing Arts Professions of the NYU Steinhardt School of Culture, Education, and Human Development. The discussion with Cash was led by Phil Galdston, NYU’s Faculty Songwriter-in-Residence and Master Teacher of Songwriting, who curates and moderates the Master Sessions.