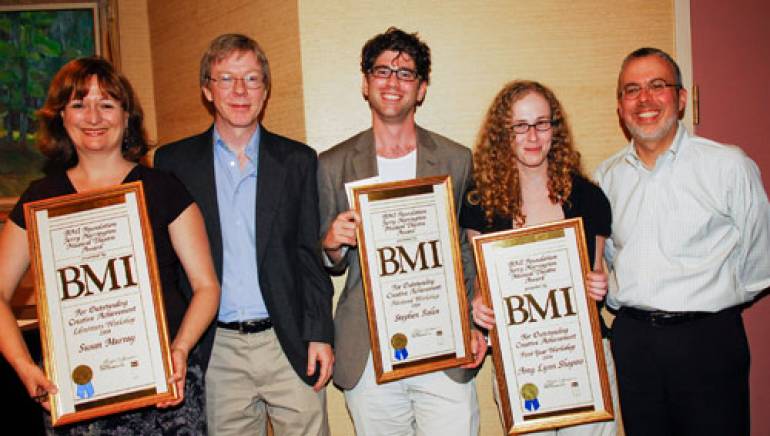 The 9th BMI Foundation Jerry Harrington Awards for Creative Excellence were given at a ceremony held on June 9 at the BMI New York offices. These awards, funded by BMI Assistant Vice President and BMI Foundation board member Evelyn Buckstein in honor of her colleague, the late Jerry Harrington, who was passionately devoted to musical theatre, are given to a member of each BMI Lehman Engel Musical Theatre Workshop group. Jeff Marx and Bobby Lopez, co-writers of the Tony-winning Avenue Q, were recipients of the award in 2000, the first year they were given out.