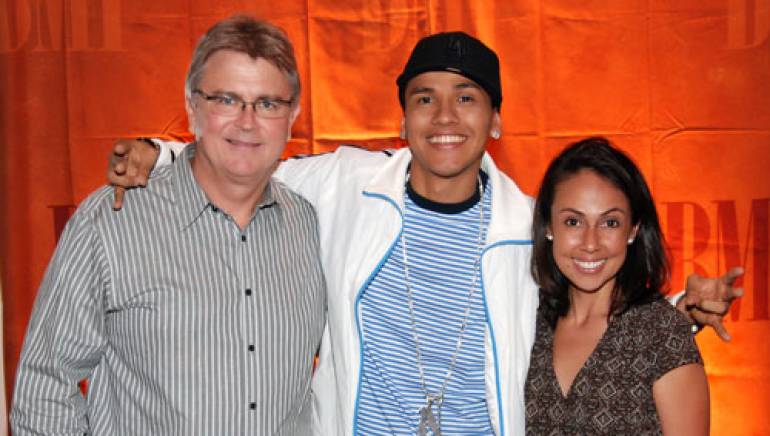 Panamanian reggaeton star Flex was welcomed as a new BMI affiliate in Miami recently, where he was attending the Premios Juventud show. Flex received four Juventud nominations and won Catchiest Tune for “Te Quiero.” He was nominated in the My Favorite Video, Best Ballad and Favorite Urban Artist categories in addition to Catchiest Tune, all for “Te Quiero.”

Flex is known for his unique fusion of “romantic style” reggaeton, spinning reggae, Spanish rhythms and hip-hop beats with a unique lyrical and songwriting style that brings a literary bent to relationships, love and life. “Te Quiero” spent many weeks at number one on the Mexican charts in early 2008 and reached the top spot on Billboard ‘s Hot Latin Tracks in the United States. The single reached 91 on the U.S. Billboard Hot 100 and his debut album also reached number one on the album charts. There are two remixes of the song, one featuring Arcangel, the other featuring Belinda. The latter version reached 87 on the U.S. Billboard Hot 100 in May 2008.