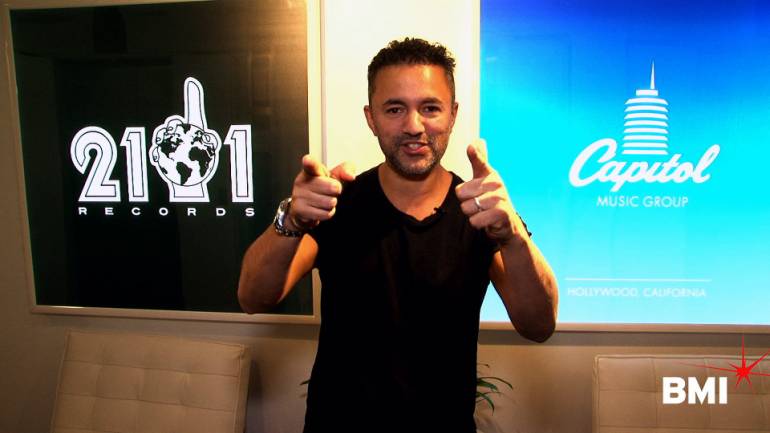 This hitmaker and multiple BMI Award winner has worked with the biggest names in music, including Lady Gaga, Jennifer Lopez, Nicki Minaj, Pitbull, and even the King of Pop himself, Michael Jackson. But as a label head and true visionary, RedOne is just as focused on developing the newer artists on his roster as he is delivering hit after hit to the J.Lo’s of the world.

The name 2101 Records holds special significance because it symbolizes the humble New Jersey apartment where RedOne once lived with his wife, circa 2006. In those days, they were sleeping on an air mattress, uncertain of their future.

In this exclusive, two-part interview, the man born Nadir Khayat talks to BMI about his epic journey from Morocco to the heart of Hollywood, where, through hard work, courage, perseverance and that Midas touch, he continues to see his dreams come true.