BMI will present Taylor Swift with an award bearing her name in recognition of her incomparable creative and artistic talent and influence on music lovers throughout the world. The first-ever Taylor Swift Award will be given at the 64th annual BMI Pop Awards on Tuesday, May 10, at the Beverly Wilshire Hotel in Beverly Hills. The event will be hosted by BMI President & CEO Mike O’Neill and BMI Vice President of Writer/Publisher Relations Barbara Cane.

This is only the second time in BMI’s 76-year history that the company has presented an award in someone’s name. The first was to Michael Jackson in 1990.

“Taylor Swift has transformed pop culture through her songs, artistry and indomitable spirit,” said Cane. “She has had a profound impact, not only musically, but also through her personal conviction and commitment to create a standard that values and respects music for everyone. We felt it appropriate to award Taylor with an honor that is as unique and special as she is.”

In addition, BMI will honor songwriting visionaries Barry Mann and Cynthia Weil with the BMI Icon Award for their indelible contributions to the craft of songwriting. As one of the world’s most esteemed and celebrated songwriting teams, Mann and Weil’s iconic partnership has spanned decades with nearly every genre of popular music included in their massively successful repertoire. Their music has transcended time, leaving a lasting impression on fans around the world and influencing aspiring songwriters to follow in their footsteps. 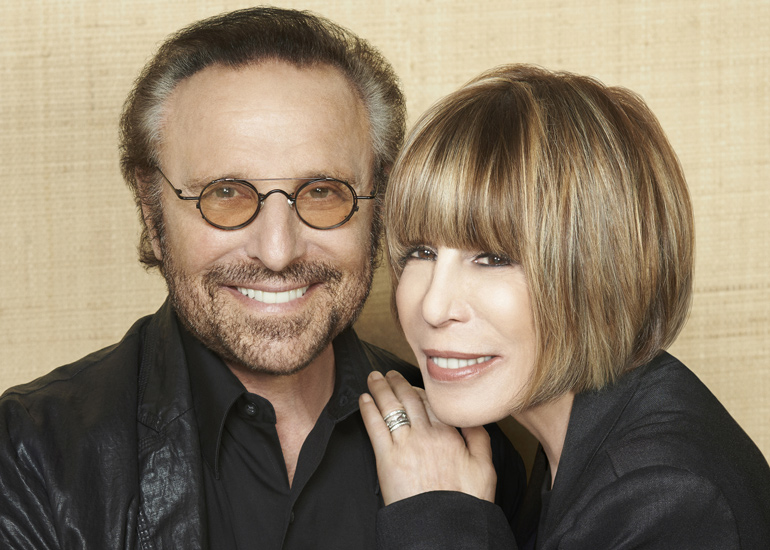 O’Neill added, “This evening is a true celebration of music and a tribute to the artistry of songwriting that spans generations as defined by three of the most prolific and influential music creators in the industry: Taylor Swift, Barry Mann and Cynthia Weil.”

The private event will also recognize the songwriters and publishers of the past year’s most-performed pop songs in the United States from BMI’s repertoire of more than 10.5 million musical works. The BMI Pop Song, Songwriter, and Publisher of the Year will be named during the ceremony.

Taylor Swift is a ten-time GRAMMY winner and the youngest recipient in history to receive the music industry’s highest honor, the GRAMMY Award for Album of the Year, and the only female to win it twice. The first artist since the Beatles (and the only female artist in history) to log six or more weeks at No. 1 with three consecutive studio albums and the only artist in history to have an album hit the one million first-week sales figure three times: 2010’s Speak Now, 2012’s RED and 2014’s 1989. She’s been named Billboard Magazine’s Woman of the Year (the only artist to receive this nod twice, and their youngest-ever honoree), and one of Time Magazine’s 100 Most Influential People in the World. She is the recipient of 37 BMI Awards, including the prestigious President’s Award in 2009, Songwriter of the Year in 2014 and multiple Song of the Year honors for both Pop and Country.

It would be impossible to imagine the last four decades of pop music without the melodies of Barry Mann and the lyrics of Cynthia Weil. Together, this husband and wife team have written songs like “You’ve Lost That Lovin’ Feeling” (with Phil Spector), “On Broadway” (with Jerry Leiber and Mike Stoller), “Walking In the Rain,” “Kicks,” “Soul and Inspiration,” “We Gotta Get Out of This Place,” “I Just Can’t Help Believing,” “Here You Come Again,” “Never Gonna Let You Go,” “Just Once,” the GRAMMY-nominated “Don’t Know Much” (with Tom Snow), and the double GRAMMY-winning “Somewhere Out There,” to name just a few. Together they have amassed an incredible 112 pop, country and R&B awards from BMI and have been the recipients of the first Lifetime Achievement Award from the National Academy of Songwriters, The Clooney Foundation’s Award for Legendary Song Composition and the prestigious Johnny Mercer Award by the Songwriters Hall of Fame.