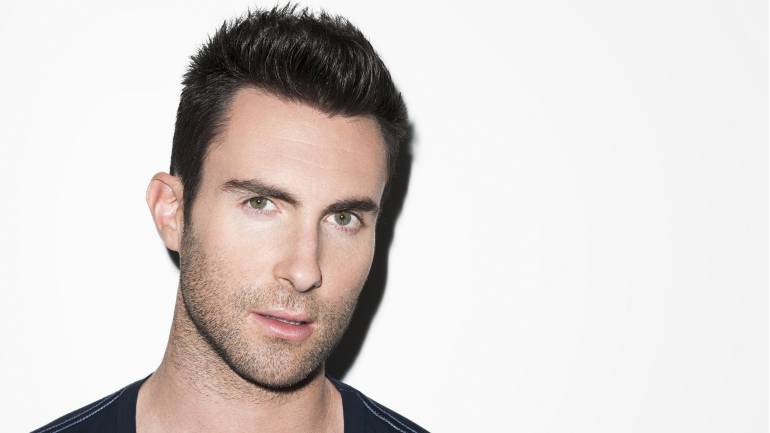 Maroon 5’s Adam Levine will be recognized with the BMI President’s Award for his outstanding achievements in songwriting and the global impact he has had on pop culture at the 2013 BMI Pop Awards. The private event will be held Tuesday, May 14 at the Beverly Wilshire Hotel in Beverly Hills.

The evening will also recognize the songwriters and publishers of the past year’s most-performed pop songs in the United States from BMI’s repertoire of more than 7.5 million musical works. The BMI Pop Song, Songwriter and Publisher of the Year will also be named during the ceremony.

The BMI President’s Award is presented on unique occasions when an individual songwriter has distinctly and profoundly influenced the entertainment industry. In receiving the BMI President’s Award, Adam joins an elite list of past honorees that includes Juanes, Kike Santander, Taylor Swift, Emilio, Gloria Estefan, Pitbull and Willie Nelson.

As the front man of GRAMMY Award-winning recording artist Maroon 5, Adam Levine has left an indelible mark on popular music. With multiple GRAMMY Awards and record sales in excess of 17 million worldwide, Maroon 5’s releases have gone gold and platinum in over 35 countries. The band won over fans and critics alike with the hybrid rock/R&B sound they introduced on their debut album, Songs About Jane and their double platinum album, It Won’t be Soon Before Long, which included hits like “Makes Me Wonder” and “If I Never See your Face Again.” In 2010, Maroon 5 released their third studio album, Hands All Over, which was certified platinum. The collection featured two hit singles including the Hot AC smash “Misery” and the anthemic “Moves Like Jagger,” which climbed to the #1 spot on the Top 40 and Hot AC charts, as well as claiming the #1 spot on the Billboard Hot 100. “Moves Like Jagger” was also one of the best selling singles of 2011 with sales of 8.5 million copies worldwide. With the success of the track on the Hot 100 chart, Maroon 5 frontman Adam Levine also notably became the first artist in the chart’s 53-year history to reach #1 as part of a group, while entering the Top 10 at the same time as a soloist, as he was featured on and co-wrote Gym Class Heroes’ top single, “Stereo Hearts.” Maroon 5’s latest album Overexposed has quickly reinforced the group’s status as a powerhouse in popular music with all of the collection’s singles quickly rising to the top of the charts. The band’s current single “Daylight” recently claimed the # 1 spot on both Top 40 and Hot AC radio charts. In the process, the band set a record for the most #1’s (six in total) by a group in the Top 40 chart’s 20-year history.

In addition to his work with Maroon 5 and collaborations with various other artists including Kanye West and Alicia Keys, Adam Levine has returned for the fourth season as a coach on the #1 NBC hit series The Voice. Adam also recently made his small screen acting debut on the new 2012 season of the hit FX drama American Horror Story, and has landed a lead role in the major motion picture film, Can A Song Save Your Life from director John Carney.