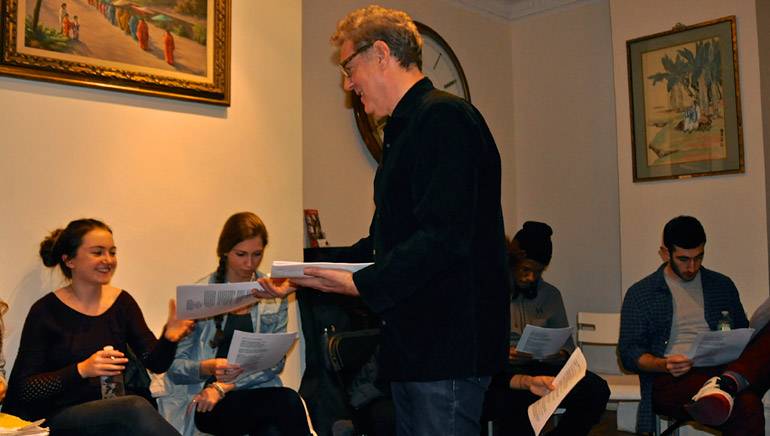 Ali Isabelle, a 19-year-old BMI songwriter whose debut single “New York City Country Girl” reached #14 on the Billboard Hot 100 Singles Sales Chart and was #1 for 4 weeks on the Billboard Country Hot Single Sales charts, said of the Workshop Intensive, ”I love Song Arts Academy because it’s given me new tools to refine my songwriting. I learned so much from Billy and immediately saw the difference in my approach to writing and rewriting songs. I love how Song Arts makes you think. It puts your skills to the test and encourages you to really concentrate on your lyrics and the overall story you’re trying to get across.” Founder of SAA, Seidman, added, “People are under a lot of illusion these days about how great pop songs are written and produced. They overlook the vetting and re-writing process songs undergo long before they hit our ears on radio. I help writers become their own best ‘gatekeepers’ by showing them how to write stronger and more focused early in the process.”

The 18 songwriters who participated worked on a series of weekly writing assignments and collaborations. “Deep dive” critiques of each writer’s songs, as well as current and classic pop hits, led to a deeper appreciation of how those songs were written and re-written.