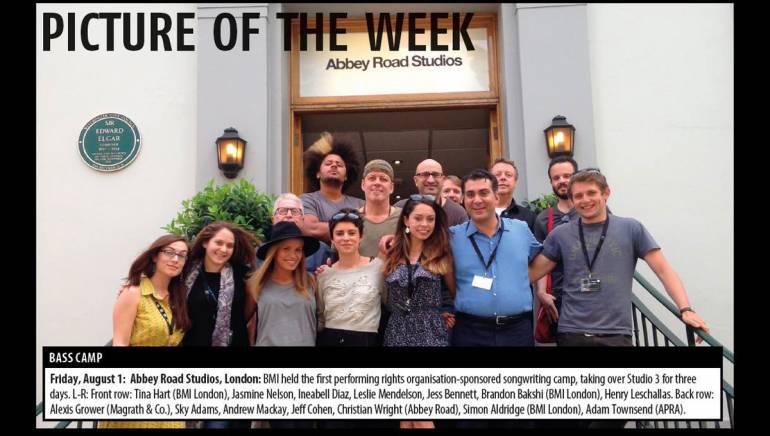 Broadcast Music, Inc. recently hosted BASS Camp (BMI @ Abbey Road Songwriter Sessions), the first ever songwriting camp sponsored by a performing rights organization at the legendary Abbey Road Studios in London. The 3-day camp, which was organized by BMI’s Brandon Bakshi along with Bohemia Junction’s Andrew Mackay, included an impressive list of writers and producers from around the world.