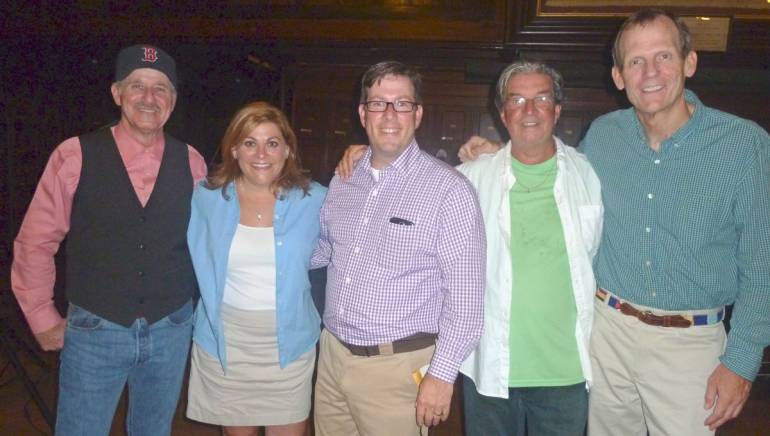 Both a GRAMMY-nominated pop icon and a member of the Rock and Roll Hall of Fame were part of a special showcase that BMI presented at the annual meeting of the Council of State Retail Associations held recently (8/9/14) in Portland, Maine. John Ford Coley of the multi-platinum duo England Dan and John Ford Coley and Terry Sylvester of the legendary rock band The Hollies performed an intimate acoustic set in front of the leaders of the state associations that represent the retail industry, as well as executives with national retail chains such as Macy’s, Dick’s Sporting Goods, JC Penney and Home Depot. JFC played all of the tandem’s biggest hits including “Love is the Answer,” “Nights Are Forever,” and “I’d Really Love to See You Tonight,” while Rock and Roll Hall of Famer Terry Sylvester belted out some of The Hollies biggest hits such as “He Ain’t Heavy, He’s My Brother” and “Long Cool Woman in a Black Dress.”