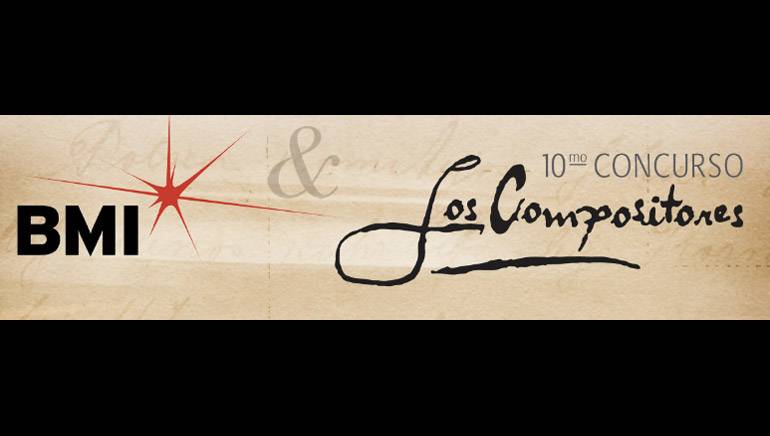 BMI is a proud sponsor of the 10th annual Los Compositores Songwriting Contest, which took place on October 14 in Encino, Calif., at El Mariachi. The contest was launched in 2002 with the mission to support Latin songwriting talent and has become an important platform for artists looking to get exposure. Since 2002, the competition has welcomed more than 7,000 submissions, and the 2013 installment proved to be yet another success.

One of the most impressive stories to come out of this contest happened shortly after its inception, when songwriter Juan Meza’s “Cáusame La Muerte” came in first place and was later recorded by BMI legends Los Tigres Del Norte, turning into one of the group’s greatest hits.

This year, as in the past, entries were judged by a panel of industry professionals. BMI Vice President, Latin Writer/Publisher Relations Delia Orjuela attended the event to support all participating BMI songwriters.

Join us in congratulating this year’s winners, which include Miguel Beas of Guadalajara, Mexico, who came in second place for his song “Multiplícate por Cero” and Francisco Manuel Eduardo Rivera, from Coscomatepec, Mexico, who also came in second place for his song “Tu Problema.” Rivera is the son of accomplished BMI songwriter Manuel Eduardo Toscano, who is nominated this year for a Latin GRAMMY in the Best Regional Mexican song category for “Romeo y su Nieta,” performed by Paquita la del Barrio.