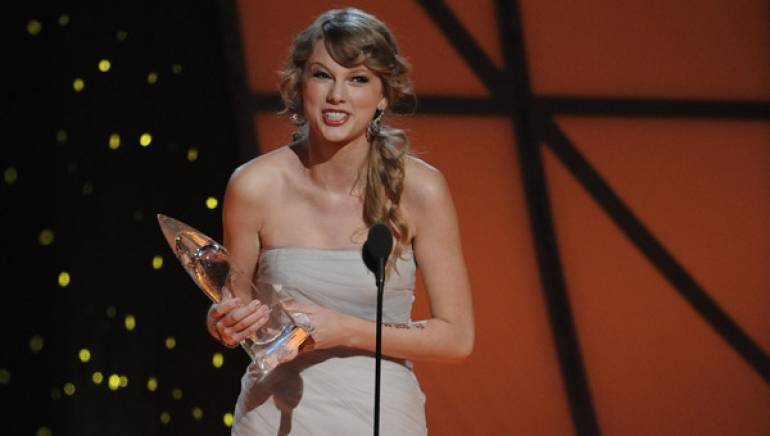 Taylor Swift led the resounding charge of BMI’s new country vanguard at the 45th annual CMA Awards, held Wednesday, November 9 in Nashville. Swift earned her second Entertainer of the Year title, just one day after taking home an armful of BMI hardware at the BMI Country Awards for penning “Back to December,” “Mine,” and “Fearless.”

BMI songwriters took home more a walloping 76% of the CMA’s trophies, proving that BMI’s country repertoire remains unmatched thanks to its inclusion of the genre’s legends, current leaders, and most promising new voices.

Newlyweds Miranda Lambert and Blake Shelton earned trophies for Female and Male Vocalist of the Year, respectively, capping off their red-letter year. Lambert and Shelton join fellow BMI songwriters Faith Hill and Tim McGraw as the only married artists ever to win the vocalist honors in the same year.

For the fourth year, BMI songwriter/artist Carrie Underwood co-hosted the ceremony, which featured an all-star tribute to BMI legend Glen Campbell. BMI songwriters Vince Gill and Keith Urban paid homage to the iconic singer and guitar player by performing “By the Time I Get to Phoenix” and “Wichita Lineman,” respectively.

For more information on the 2011 CMA Awards, visit cmaawards.cmaworld.com

Entertainer of the Year
Taylor Swift

New Artist of the Year
The Band Perry