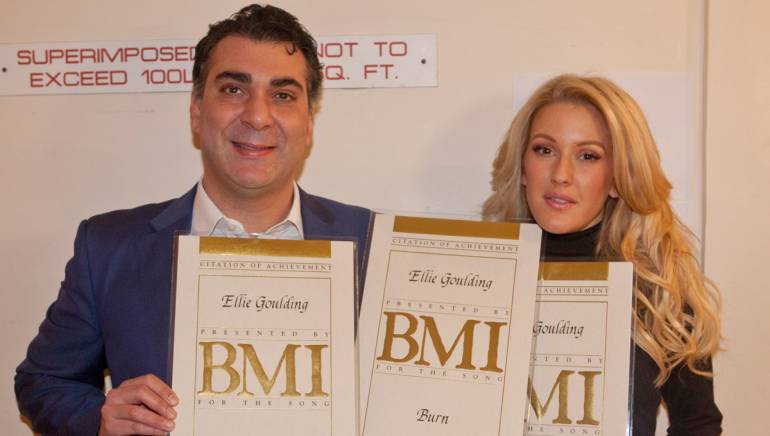 Broadcast Music, Inc. writer Ellie Goulding was presented with three BMI London Pop Awards for her smash hits “Burn,” “I Need Your Love” and “Anything Could Happen.” BMI Executive Director, Writer/Publisher, Brandon Bakshi, delivered the certificates backstage at the Shepherds Bush Empire in west London prior to Goulding’s performance there. Goulding has been touring and working on a third studio album, set for release in 2015.