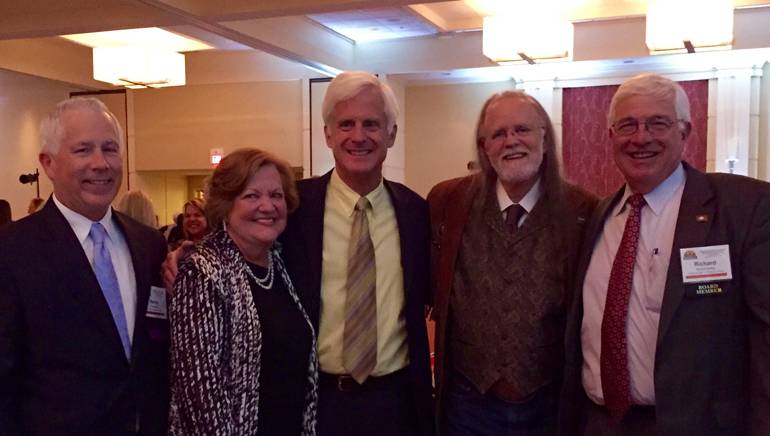 BMI proudly sponsored the musical entertainment at this year’s annual Arkansas Hospitality Association (AHA) Vendor Showcase and Convention held on September 16, at The Double Tree Hotel in Little Rock, Arkansas.  Hit BMI writer Aaron Barker performed many of his award winning songs, including a very special performance of the song he wrote specifically for the Arkansas Travel and Tourism Department several years ago. The rendition was so touching that many of the attendees were actually in tears.  Barker, who was also moved by their reactions, stayed for an hour after the event to speak with many of the representatives, hear their stories of what that song meant to them, and pose for photos with them.

The AHA represents a membership of Travel, Food Service, Lodging, as well as Parks and Recreation. During the event, two members of the Arkansas Travel and Tourism board were being celebrated for their retirement: Mr. Greg Butts, Director Arkansas State Parks and Mr. Richard Davies, Arkansas Department of Parks and Tourism.