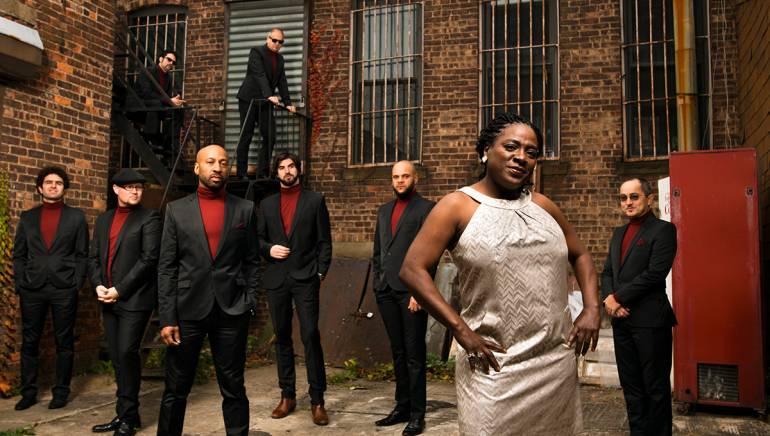 BMI will present the Daptone Records Super Soul Revue at an official SXSW 2013 Showcase on Thursday, March 14 at ACL Live at The Moody Theater featuring Daptone’s biggest names in a non-stop, all night show. The label’s first lady and house band Sharon Jones & The Dap-Kings will be joined on the bill by “The Screaming Eagle of Soul” Charles Bradley, Staten Island’s afro-soul instrumentalists The Budos Band, cinematic funk & soul sextet Menahan Street Band, organ-driven soul & groove of The Sugarman 3 and a cappella gospel trio The Como Mamas.

More info about this year’s SXSW Super Soul Revue line-up is below:

Charles Bradley Charles Bradley made a triumphant debut at SXSW in 2011, supporting debut album No Time For Dreaming and making it to the cover of SXSWorld following the festival. In 2012, Charles was highlighted again at the festival, this time as the subject of documentary Charles Bradley: Soul of America, which too received wide critical praise. This year, the 64-year old soul man returns ahead of the April 2 release of Victim of Love, his anticipated second album on Daptone imprint Dunham Records.

The Budos Band The sound of the Budos Band has taken several turns, from the Afro-Funk inspired sonic lava and venomous Ethiopian Jazz of their first two records, to the Black Sabbath and Pentagram influences that began on Budos III and continue into the preparations of the fourth. At a Budos show you can expect to see B-boys break dancing to the beat in syncopation with Metal Heads head banging to the guitar riffs. Simply put, the Budos kill it live.

Menahan Street Band As the official house band of Dunham Records, Menahan Street Band made their SXSW debut performing with Charles Bradley in 2011, where they were featured on multiple episodes of NBC’s Last Call With Carson Daly. Led by guitarist and producer Thomas Brenneck, the band return this year to perform on their own in support of 2012 release The Crossing–a brooding instrumental masterpiece that is as raw as it is lush, with influences reaching beyond the funk/soul/afrobeat architecture of the members’ other projects into the more ethereal realms of Curtis Mayfield, Mulatu Astatke, and even Ennio Morricone.

The Sugarman 3 Helmed by Neal Sugarman–saxophonist and Daptone Records co-founder–the Sugarman 3 is an instrumental tour de force whose organ-driven sound and groove defines their sound as a break from the academics of typical soul-jazz, by focusing on the soulful funk element of organ music and avoiding the affectations and clichés, which too often alienate jazz musicians from the dance floor.

The Como Mamas The Como Mamas are the newest addition to the Daptone Family. The three lifelong Gospel singers from the small town of Como, Mississippi just released their critically acclaimed album Get an Understanding. On the album, there are only three instruments: the powerful, raspy voice of Ester Mae Smith, the deep soothing voice of Angela Taylor, and the energetic, spirited vocals of Della Daniels. The harmonies they create are so powerful, musical accompaniment is not missed. 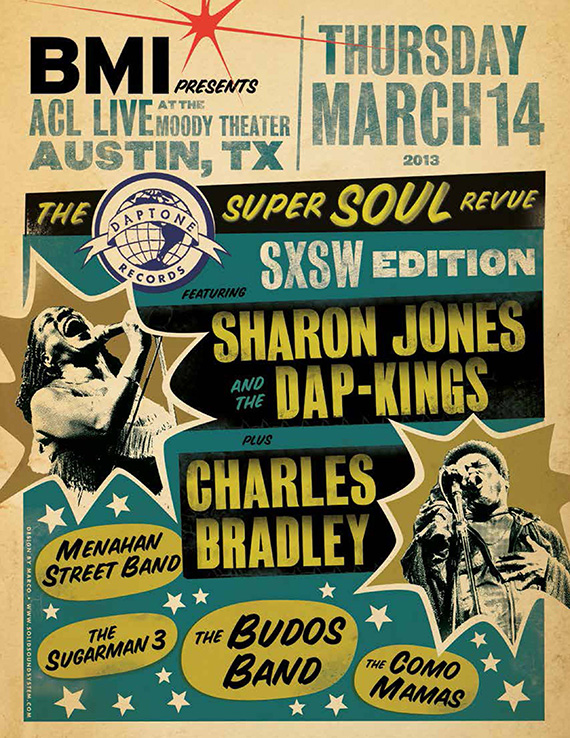