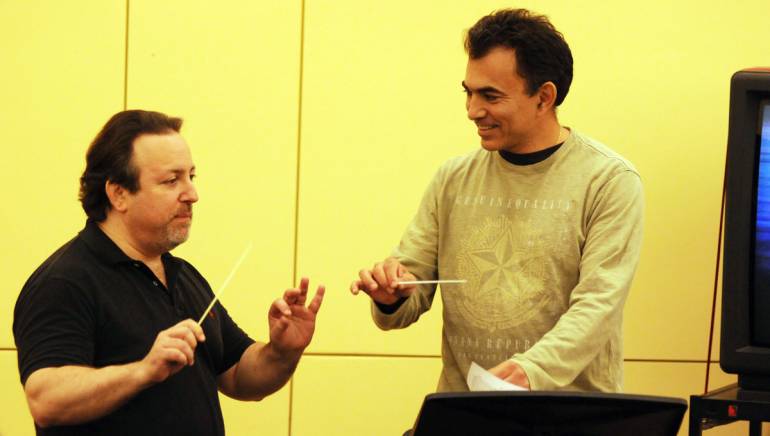 BMI will continue to celebrate and nurture the art of conducting at the organization’s annual six-day Conducting for the Film Composer workshop series, taught by BMI Classic Contribution Award winner, conductor and composer Lucas Richman. Each year, an elite group of BMI composers are selected to participate in the workshop, where they will hone the craft of conducting, from the fundamentals of multi-meter scores, to conducting to picture with a 32-piece orchestra. Classes will be taught at BMI’s office, the Professional Musicians Union Local 47, and Sonic Fuel Studios, all in the Los Angeles area.

In 2007, BMI honored Lucas Richman with the Classic Contribution Award, recognizing his service in leading BMI’s celebrated conductors’ workshop. A BMI composer and conductor, Richman has led the workshop, now entering its 15th year, since its inception. He has served as Music Director for the Knoxville Symphony Orchestra since 2003 and as Music Director and Conductor for the Bangor Symphony Orchestra since 2010. A Grammy-winning conductor, Richman is a leading expert in conducting and composing, having fashioned an outstanding career as a conductor with numerous symphonies and orchestras in the U.S. He has also proved himself an invaluable collaborator for numerous film composers, serving as conductor for movies including the Academy Award-nominated As Good As It Gets, Face/Off, Seven, Breakdown, Anastasia and The Village. Richman was also asked by John Williams to conduct the North American tour of the latter’s summer Star Wars in Concert.