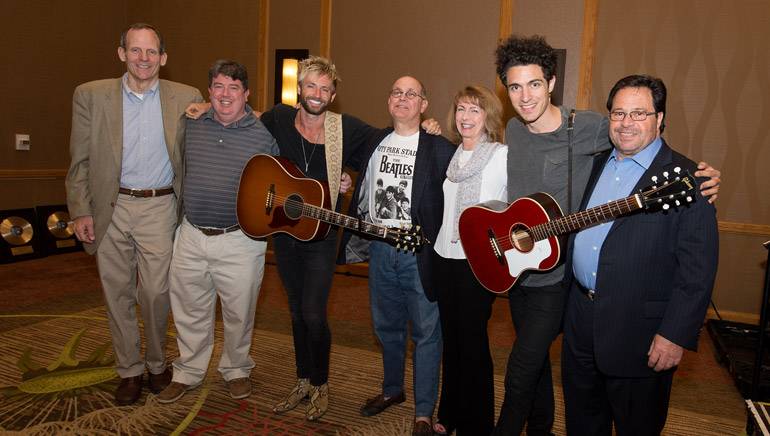 As has become tradition, BMI once again presented a powerhouse concert this year at the Media Financial Management Conference. BMI songwriters Marc Scibilia and Paul McDonald dazzled the large gathering of financial executives from the radio, television and cable industries during their annual conference, held recently at the Sheraton Downtown Denver. McDonald was a finalist on Season 10 of American Idol and has shared the stage with the likes of Zac Brown and the Black Crowes, while also performing on both Good Morning America and Jay Leno. In 2015, Scibilia turned heads and set Twitter abuzz for his rendition of Woody Guthrie’s “This Land Is Your Land,” as part of the Jeep Chrysler commercial that aired during the Super Bowl. The spot became the most Shazamed moment of Super Bowl XLIX outside of the halftime show.