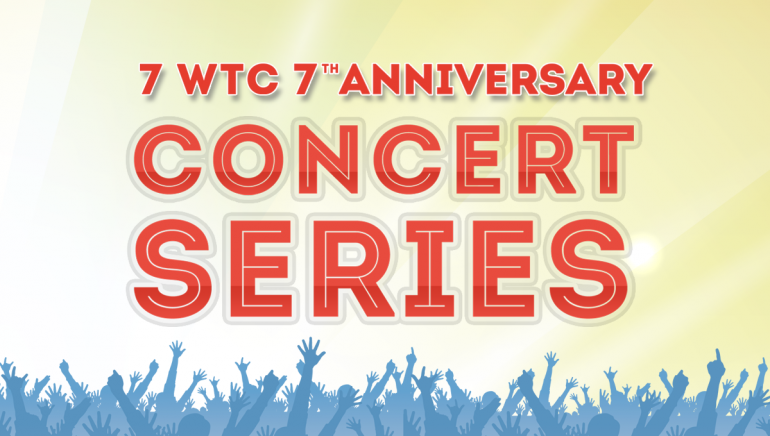 Broadcast Music, Inc. is proudly partnering with New York real estate company Silverstein Properties, Inc. to host 7@7, the third annual concert series of free summer music performances in downtown Manhattan. The music festival will take place on seven Fridays from July 12 through August 23 at 12:00 p.m., with an eclectic lineup of talented performers taking to the BMI stage in the park in front of Silverstein Properties’ headquarters at 7 World Trade Center (250 Greenwich St.).

The 7@7 festival launched two years ago to celebrate the building’s fifth anniversary and serves as an extension of Silverstein Properties’ efforts to enrich the Lower Manhattan community through a series of ongoing free arts programming. Performers on this year’s BMI stage include 17-year-old New York-born Ali Isabella, who some are calling the next Taylor Swift; indie rock sensation Motive; passionate acoustic pop performer Jamie Bendell and critically acclaimed rock star Aaron Brown.

Del Bryant, President and CEO of BMI, stated, “Downtown Manhattan has always been a vibrant part of our city, and it has continued to evolve into a dynamic, culturally rich destination. We are excited to partner with Silverstein Properties for this summer concert series and contribute to the community arts programming with some of BMI’s most talented songwriters, you likely have not been introduced to just yet, but sure you will enjoy.”

7 World Trade Center was the first tower to be built and open at the World Trade Center in May 2006. Developed by Silverstein Properties, the building is fully leased to a world-class mix of tenants including BMI, one of the first entertainment industry companies to occupy space in the new WTC.

Below is the schedule for the first four concerts of the 7@7 Summer Concert Series. The subsequent concerts will be scheduled as the summer progresses. Follow updates on 7@7 via the Twitter hashtag #BMImusic7at7.