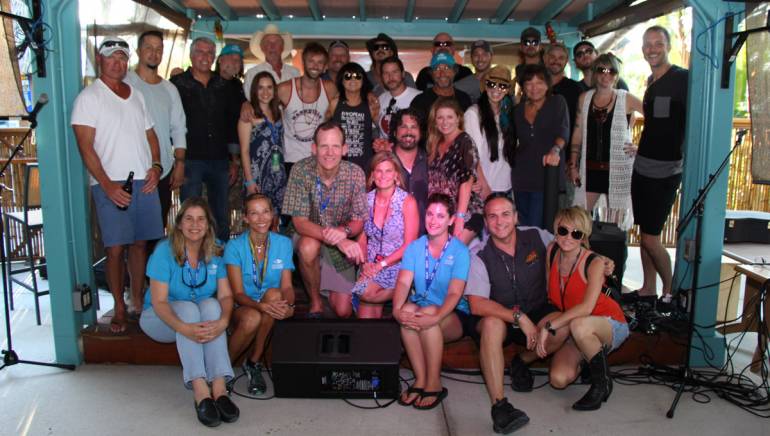 BMI’s Dan Spears and David Claassen with the Fort Myers Beach songwriters and the staffs from the VCB and iHeart Media/Cat Country 107.1.

BMI partnered with iHeartMedia and the Lee County, Florida Visitors and Convention Bureau to present the first annual Island Hopper Songwriters Fest the weekends of September 26-28 and October 3-5 on Captiva Island and Fort Myers Beach. The event featured more than 50 BMI songwriters including Kristian Bush of Sugarland, Nashville-based band Loving Mary and Stoney Creek Records recording artist Thompson Square. Thousands of music fans flocked to Southwest Florida to attend more than 85 shows in 20 different BMI-licensed venues. The festival showcased performances from the country, rock and pop genres and highlighted the stories behind some of the biggest hits from the songwriters who wrote them.

The mission of the festival was to not only showcase the songwriters and their music, but to provide a boost to Southwest Florida’s economy during a normally slow season. Most of the hotels and venues reported record revenues during the festival with some businesses seeing their food and beverage sales up by as much as 65% over last year.