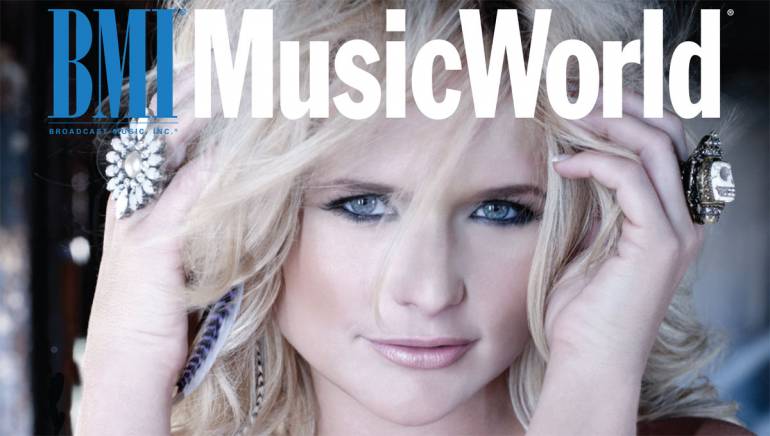 BMI long-running MusicWorld magazine, first launched in 1962, is now available online. With in-depth profiles of BMI artists and writers, and discussions of issues that affect both music creators and music lovers, the digital MusicWorld will now be easier to access, receive and share through Facebook, Twitter and e-mail.

Miranda Lambert: “I think I’m still the bold writer that I was when I wrote ‘Kerosene,’ but I also feel like I’ve broadened my spectrum in terms of what I write about.”

Death Cab for Cutie: “North on the Death Cab compass has been singer/songwriter Ben Gibbard, whether his words have been thick and winding with metaphor or simple expressions of clean emotion.”

DJ Khaled: “His monumental status in the current landscape of hip-hop is a rare one. Khaled has remained a key mover in mainstream rap based on his nonpareil knack for conjoining star-power on bombastic hits.”

Luis Fonsi: ““The best songs are written in hours, not days.”

Subscribe for the latest story updates and send all thoughts and feedback to musicworld_at_bmi.com.