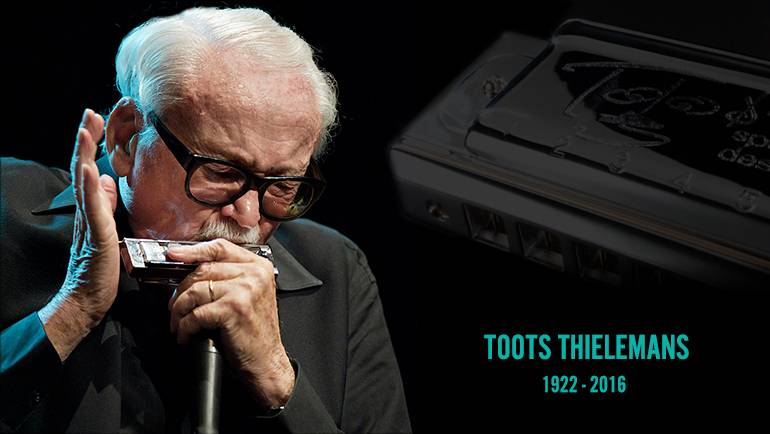 BMI is saddened by the passing of multi-talented jazz composer and musician Toots Thielemans, who died Monday at the age of 94. One of very few musicians to have made their mark as a jazz harmonica player, Thielemans was also revered for his ability to play guitar and whistle in unison, which he did on his self-penned “Bluesette.” It became an international hit and was recorded by Thielemans several more times as his signature song. Other renowned musicians including Chet Atkins and Tito Puente also cut the song, in addition to Jazz great Sarah Vaughan, who recorded it when lyrics were added by Norman Gimble.

During his illustrious career, Thielemans performed and recorded with countless other icons including Ella Fitzgerald, Benny Goodman, Charlie Parker, Paul Simon, Billy Joel, Dizzy Gillespie and Quincy Jones. His sound can also be heard in films Midnight Cowboy and The Getaway, in TV commercials and in the opening theme to the groundbreaking show Sesame Street.

Honored with the title of Jazz Master in 2009 by the National Endowment for the Arts, Thielemans showed an immediate talent for music at the age of three and went on to entertain audiences with his spirit for the art form ever since. His friends and fans at BMI will remember him fondly.