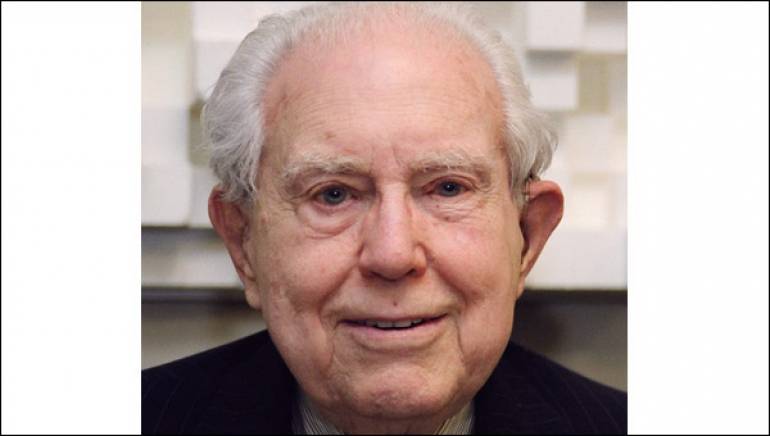 BMI Composer Elliott Carter, internationally known and highly respected for his eclectic, sometimes difficult to grasp musical style, has died at the age of 103.  A two-time Pulitzer Prize winner, Mr. Carter worked unceasingly almost up until his death, having completed his two last works in this calendar year: 12 Short Epigrams, a piano work written for Pierre-Laurent Aimard; and a work for chamber orchestra, Instances, which will receive its premiere in February 2013 with the Seattle Symphony.

The Tanglewood Music Center devoted its Festival of Contemporary Music to Mr. Carter’s work in 2008, with performances of his compositions from every stage of his career.  His music, which he professed was written for himself after struggling to write for the public earlier in his career, has been performed by virtually every major orchestra, soloist and chamber ensemble worldwide. Mr. Carter was, in short, a national treasure and a living icon of American music. It is impossible to overstate his influence on the musical landscape in which we now live.