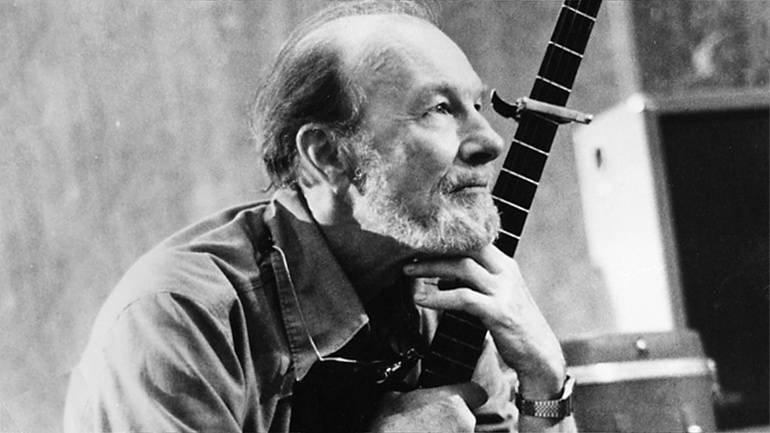 Broadcast Music, Inc. is saddened by the passing of folk legend Pete Seeger yesterday at the age of 94. Seeger was a great champion of folk music as a means to speak out for social change, both individually and as a member of the groundbreaking group the Weavers. Instrumental in transforming popular music in the 1950s, he was a mentor to many, including Bob Dylan and Don McLean. Seeger was also an inspiration to Bruce Springsteen, who introduced him at a Madison Square Garden concert celebrating his 90th birthday as “a living archive of America’s music and conscience, a testament of the power of song and culture to nudge history along.”

Although he recorded more than 100 albums, penned “If I Had a Hammer” and the antiwar standard “Where Have All the Flowers Gone?” among other anthems, and was inducted into the Rock and Roll Hall of Fame and honored by the Kennedy Center, Mr. Seeger was never comfortable with the idea of stardom and used his popularity to advance the social causes he vehemently believed in. As a result, Seeger’s career carried him from a conviction for contempt of Congress (after defying the House Un-American Activities Committee in the 1950s) to performing at an inaugural concert for President Obama on the steps of the Lincoln Memorial in 2009.

Pete Seeger will be remembered as a talented and courageous troubadour, who changed the world around him just by being himself. He is a testament to the power of music and will be sorely missed by all his friends at BMI.