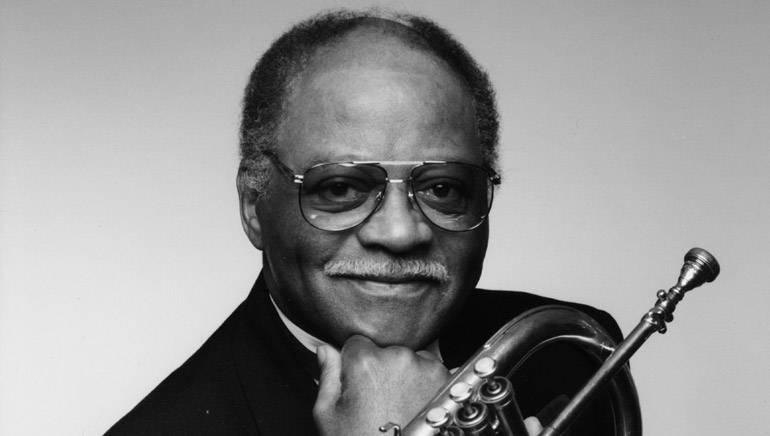 Broadcast Music, Inc. mourns the loss of NEA Jazz Master Clark Terry, who passed away February 21, 2015, at the age of 94. A BMI affiliate since 1956, Terry played trumpet and flugelhorn in bands alongside Duke Ellington and Count Basie and later worked as a staff musician at NBC as part of the Tonight Show band. With more than 900 recording sessions between 1947 and 2008 to his credit, he was the subject of the award-winning 2014 documentary Keep on Keepin’ On, which highlighted his upbeat style, scat-singing and joyful spirit. He will be greatly missed by his friends and fans at BMI.