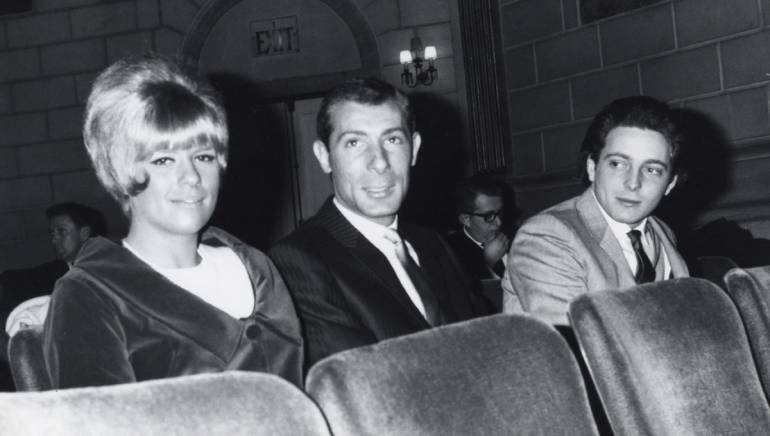 In memory of BMI Songwriter “Shadow” Morton pictured at the far right with co-writers of “Leader of the Pack” Ellie Greenwich & Jeff Barry.

BMI songwriter and producer Shadow Morton, who wrote 60’s megahits for the Queens girl group the Shangri-Las as well as others, died of cancer on Thursday, Feb. 14, 2013 in Laguna Beach, California at the age of 71.

Mr. Morton first introduced the world to the Shangri-Las who had their first hit in 1964 with Mr. Morton’s “Remember (Walking in the Sand),” the first song he ever wrote. The song was followed later that year by “Leader of the Pack,” written with Ellie Greenwich and Jeff Barry. “Leader of the Pack”, which reached No. 1, has been covered by many other artists as diverse as Bette Midler, Twisted Sister, and Alvin and the Chipmunks. It also continues to be heard in many movies and on TV.

Mr. Morton will be sorely missed by his friends and colleagues at BMI. For more information on Shadow Morton’s legacy, please visit nytimes.com.