Posted in News on November 7, 2011 by Ted Drozdowski 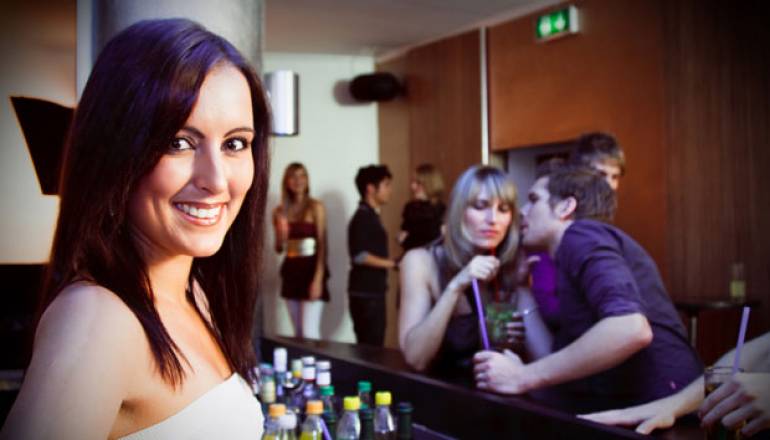 There was a time when a visit or phone call from a representative of a performing right organization to a club, bar or restaurant owner was as welcome as a knock on the door by the Big Bad Wolf. But a partnership between the Minnesota Licensed Beverage Association and BMI has changed that, tailoring music licensing to MLBA members’ needs and saving them money.

“Some of our members have never even heard of a music licensing organization before they’re contacted by one for the first time,” explains Tony Chesak, the MLBA’s associate director and director of education. “So when somebody from BMI … comes in and starts taking measurements and asking about the number of TVs and how often live music is performed on the premises, they panic. And then they call me.”

The partnership of MLBA and BMI has created a unique opportunity to unruffle the feathers of club, bar and restaurant owners — with discounts of up to 10 percent on music licensing and a scale of license fees based on real and accurate assessments of businesses’ music needs.

“In today’s challenging business environment, we want our members to know that, thanks to our partnership with BMI we can get them the best licensing deal possible and save them dough on something that’s a basic, legally required cost of doing business,” says Chesak. “Understanding what BMI is and does is the first step.”

“A lot of people are under the misconception that the money BMI collects is paid to millionaires,” explains Jessica Frost, BMI’s Director of Business Development, based in the Nashville office. “While hugely successful artists like Paul Simon and Sheryl Crow are among our members, the majority of songwriters are small, independent businesses, just like restaurateurs, and they depend on the royalties that BMI collects to make a living.”

Any establishment that offers live music, uses radio or television broadcasts in certain ways specified under the Fairness in Music Licensing Act, plays songs from an iPod or from CDs, or has gaming software in its entertainment mix is legally required to have a music license.

In response to the federal Fairness in Music Licensing Act of 1998, BMI began developing a new type of license that could be adapted to the specific needs of individual businesses. In 2000, this license was unveiled, as well as a discount program, and BMI began seeking affiliations with food and beverage associations across the country in an effort to make music licensing as easy and affordable as possible.

A BMI “EDE” — or “Eating and Drinking Establishment” — license has a simple fee structure that allows holders to pay for only the music they play, starting with seasonal licensing and providing for up to seven days and nights a week of live or recorded music. The scale starts at $335 a year, and is determined by use of music, type of establishment, square footage and other factors.

Further, radio and TV usage is covered without charge when used in conjunction with recorded music from an iPod, CD or other sound system. (Jukeboxes are covered by another organization, the Jukebox License Office.) And BMI allows music licensees to make changes in their fees over the phone at no charge up to three times a year as changes in their music usage occur.

“What I want our 2,000-plus members to know is that BMI is trying to do everything possible to educate and work with liquor-license holders in the state of Minnesota to save them money,” says the MLBA’s Chesak. “So when our members are contacted by BMI, it’s in their best interest to call BMI back.

“Another thing I like about BMI is that their field reps in Minnesota seem to be more engaged in getting out there and meeting our members personally,” he continues. “It’s much better when you can work through all of your questions and concerns over a cup of coffee with a real person.”

“When they first called me, they were nervous, because they’d never heard of BMI before,” he says. “But after they got their license they called me again to tell me that working with BMI field rep Laura Crider was pleasant, educational and saved them a couple hundred bucks. It was a win-win situation.”

Another plus for MLBA has been increased membership as a result of the association’s partnership with BMI. “Some license holders who weren’t members have joined because they’ve learned the discount BMI gives to our members not only covers their MLBA membership, but saves them money,” Chesak relates. “And having more members in our trade association means we can lobby more effectively for every liquor license holder in the state of Minnesota.”