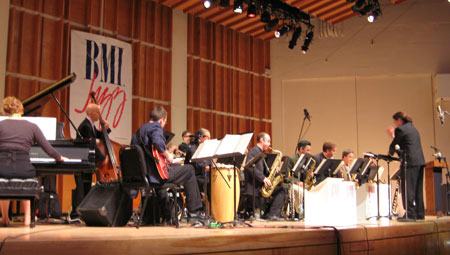 The evening also featured a competition to choose the winner of the BMI Foundation’s ninth annual Charlie Parker Jazz Composition Prize, given to the writer of the best new work composed in the BMI Jazz Composers Workshop. Composer Jeff Fairbanks won the competition for his song “Bi Bim Bop,” and received a cash award along with a $3,000 commission to compose a new piece for the following year’s concert. Last year’s Manny Albam Commission winner, Jose Bevia, premiered his commissioned work, “Abstractions.” The Commission is named in memory of the Workshop’s co-founder and longtime musical director. 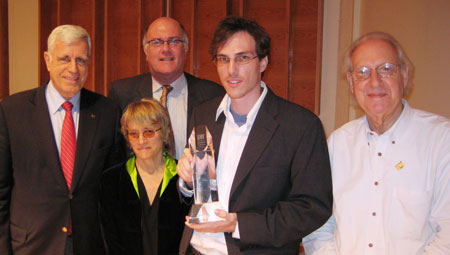 The BMI Jazz Composers Workshop is led by internationally renowned composers Jim McNeely and offers a unique collaborative environment for professional jazz musicians with an emphasis on composition for the large jazz (big band) ensemble. The Workshop – a well-known forum for creative excellence – provides an environment where composers are free to explore new avenues in the creative process, while at the same time honing their skills. McNeely has performed with and written for Chet Baker, Stan Getz, Joe Henderson and the Carnegie Hall Jazz Band, among others; is a six-time Grammy Award nominee; and The New York Times has called his writing “exhilarating”.