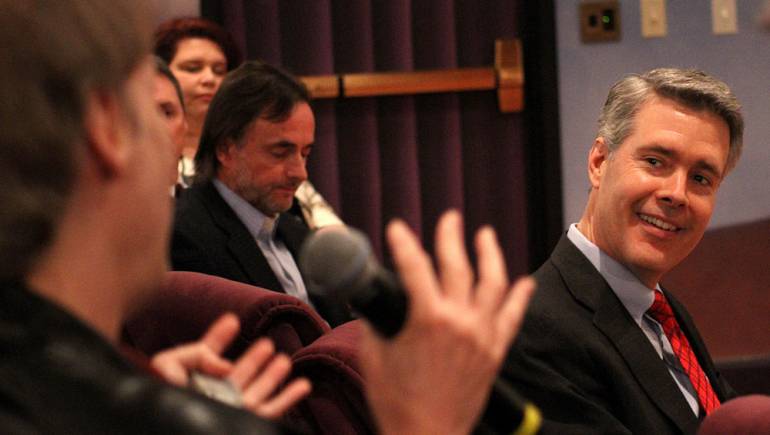 FCC Commissioner Robert McDowell fields a question from the audience at a recent Town Hall meeting held hosted by BMI at its Music Row office.

BMI hosted a Town Hall meeting at its Music Row office recently, during which FCC Commissioner Robert McDowell and Congresswoman Marsha Blackburn spoke about intellectual property, net neutrality, and the ever-changing landscape of technology—and how it all affects performing rights.

Much of the discussion revolved around net neutrality, and the various positions taken by the FCC regarding it. Specifically, Commissioner McDowell addressed his views regarding the challenges net neutrality poses to the FCC.

Attendees were quick to praise Congresswomen Blackburn, who has led much of the government’s fight against pirates and rogue sites that routinely and severely damage revenue streams of creators and copyright owners.

Both guests also fielded questions from the broadcasters, songwriters, artists, publishers and other community leaders gathered for the meeting. Congresswomen Blackburn and Commissioner McDowell responded to growing concerns about fair compensation in ballooning digital markets, from the interconnected roles of Google and YouTube as delivery platforms to the growing power and music components of Facebook.