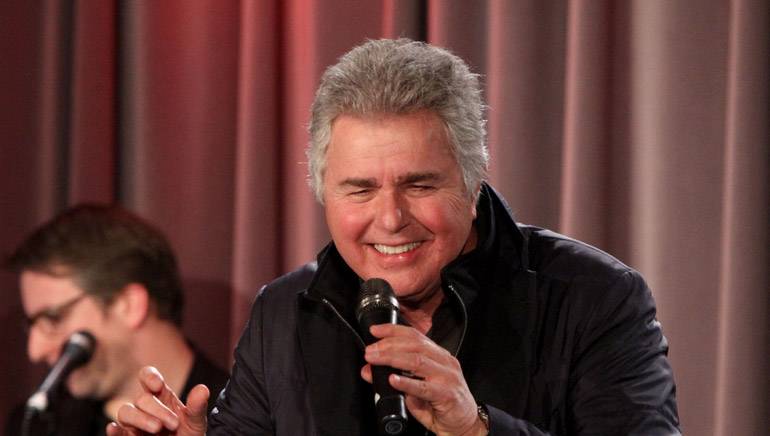 Steve Tyrell performs after the group discusses the process of songwriting.

The BMI Foundation proudly joined forces with the Songwriters Hall of Fame (SHOF) and the GRAMMY Museum to present a very special evening with GRAMMY award-winning artist, songwriter and producer Steve Tyrell in celebration of his eleventh album, That Loving Feeling, on Wednesday, March 4, at the Clive Davis Theater inside the GRAMMY museum in L. A.  Joining Tyrell were iconic songwriters and SHOF inductees Jerry Barry (“Chapel of Love”), Barry Mann and Cynthia Weil (“You’ve Lost That Lovin’ Feeling”) and Mike Stoller (“Stand By Me”).

The evening opened with a video presentation that included clips of Tyrell in the studio recording standards for That Loving Feeling. Immediately following, BMI’s VP Writer/Publisher Relations, Los Angeles, Barbara Cane introduced the evening’s moderator Janine Sharell and scribes Tyrell, Jeff Barry, Barry Mann, Cynthia Weil and Mike Stoller to the stage to participate in a panel discussion. Each panelist provided remarkable details behind the process of penning or collaborating to produce classic hits including “How Do I Talk to An Angel,” “Be My Baby,” “Da Doo Ron Ron,” Chapel of Love,” “On Broadway,” “Walking in the Rain,” “Don’t Know Much,” “Through the Fire,” “Jailhouse Rock,” “Hound Dog,” “Love Potion #9” and many more. Panelists also elaborated on the long standing friendships they have developed through their songwriting. After the discussion, Tyrell took the stage to perform chart topping hits including “Stand By Me,” “On Broadway,” “Be My Baby” and “You’ve Lost That Loving Feeling.”