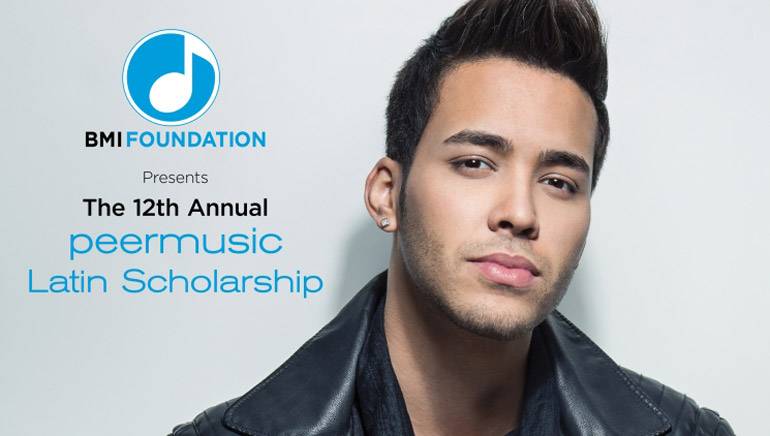 The BMI Foundation, a nonprofit corporation founded in 1985, is continuing its mission to support the creation, performance, and study of music with the announcement of the opening of the 12th annual peermusic Latin Scholarship competition: a program for student songwriters and composers of original Latin music. Established by music publisher Ralph Peer II and funded by peermusic, a global network of music publishing companies with 33 offices in 27 countries and a catalogue of well over a quarter of a million titles from every genre of music, the competition awards a $5,000 scholarship for the best song or instrumental composition in any Latin genre.

According to Porfirio Piña, Senior Vice President of the BMI Foundation and Director of the competition, the program is open to students between the ages of 16 and 24, who are enrolled in any college or university located in the United States and Puerto Rico. All words and music must be original. For the first time this year, applications may be completed entirely online, no later than February 13, 2015. Official rules and applications are available on the BMI Foundation’s peermusic Scholarship page.