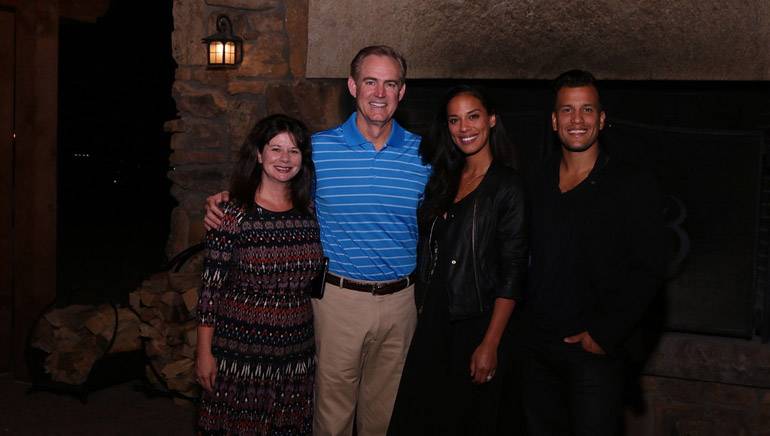 Johnnyswim, the husband-and-wife duo comprised of BMI writers Abner Ramirez and Amanda Sudano, was the featured entertainment at the 28th Annual American Hotel & Lodging Association Educational Foundation (AH&LAEF) Golf Classic Dinner, held recently (09/14/15) at The Broadmoor in Colorado Springs. Performing songs from their first album Diamonds, along with some new material from their second album which is slated to be released in the spring of 2016, the AH&LA senior staff, board members and executives from some of the top hotel chains throughout the country thoroughly enjoyed the show. Johnnyswim is currently on a national tour and will be releasing a live album recorded at Rockwood Music City Hall in New York City next month.

The AH&LAEF was created by a group of forward-thinking hoteliers in 1953 as the charitable, not-for-profit affiliate of the American Hotel & Lodging Association (AH&LA). The Foundation provides scholarships to promising hospitality students, and to date, has distributed more than $19 million in award scholarships and research grants that directly impact the long term goals and success of the hospitality industry.