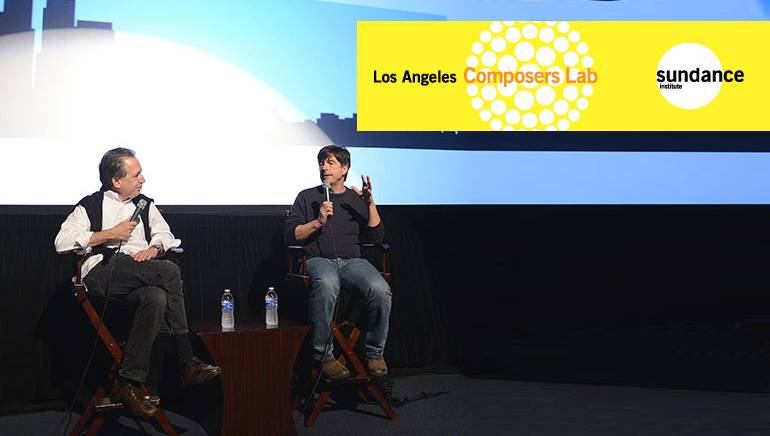 Broadcast Music, Inc. is proud to continue its support of Sundance Institute, which is collaborating with the Wallis Annenberg Center for the Performing Arts in Beverly Hills to present two events exploring the role of music in film: Composers Lab: LA On Stage with world-renowned BMI composer Harry Gregson-Williams on Sunday, March 30, 2014, at 2:00 pm; and Composers Lab: LA on Saturday, April 12, 2014, for composers working in film and television. Composers Lab: LA is supported by BMI and will include a discussion on career development led by BMI’s Doreen Ringer-Ross, Vice President, Film/TV Relations.

Now in its fourth year, Composers Lab: LA is a daylong workshop for composers, filmmakers, students and other industry professionals looking to explore music in film. The event will empower and connect the next wave of emerging artists by offering them on-site access to some of the top composers working in film and television today. Focusing on craft, process and tricks of the trade, composers will get to hear first-hand experience about working on film music and sound design, while directors will get insight into the process. Speakers include some of BMI’s top composers who are listed below. Tickets priced at $125.00 are available at www.sundance.org/programs/composers-lab-la. BMI members are eligible for a $25 savings by using the promo code BMI25 at checkout.

“BMI has supported the Sundance Institute Film Music Program since its inception,” said BMI’s Ringer-Ross. “The work that occurs during their Lab is a unique artist development forum for film music and sound design. It’s a vital program for the film music community.”

For the March 30th Composers Lab: LA On Stage with Harry Gregson-Williams, BMI members are invited to purchase tickets at thewallis.org/events.php, also at a discounted rate using promo code SDCL35 at checkout.

As a founding supporter of the Sundance Institute’s original Composers Labs, BMI has played a critical role in the long-term development of the Lab and furthered the careers of many film composers who have participated. In addition, the Company’s composer/director roundtable each year at the Sundance Film Festival in Park City, Utah, highlights BMI composers who have scored films in the Festival, as well as their filmmakers.