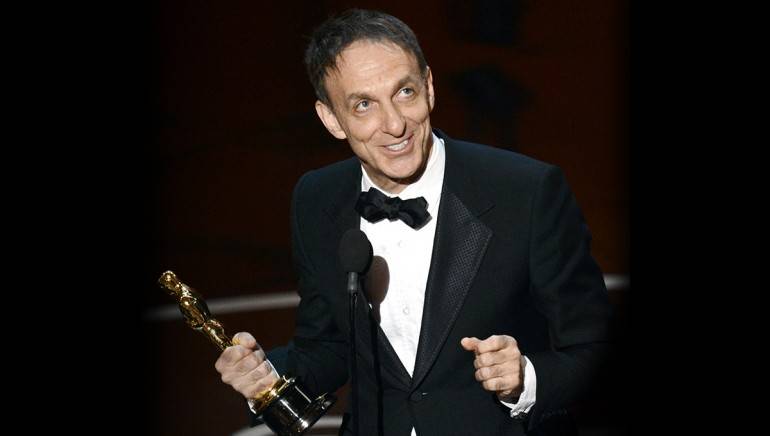 BMI composer Mychael Danna with his Oscar for Original Score for Life of Pi at the 85th Annual Academy Awards earlier this year.

Trophies at the World Soundtrack Awards are given out in the following categories: Film Composer of the Year (award can be presented in recognition of one film or a body of work in the year); Best Original Film Score of the Year; Best Original Song Written Directly for a Film; Discovery of the Year (emerging film composing talent) and Public Choice Award (for which audiences around the world can vote). Special awards include the Lifetime Achievement Award; Major Contribution to the Art of Film Music and Sound and SABAM Award For Best Young European Composer, an annual competition for European film music composers age 36 or less.

The first categories that have been announced for the 2013 World Soundtrack Awards are as follows, with more nominees to be announced soon:

Film Composer of the Year

Anna Karenina by Dario Marianelli
The Hobbit: An Unexpected Journey by Howard Shore
Life of Pi by Mychael Danna
The Master by Jonny Greenwood
Skyfall by Thomas Newman

Discovery of the Year Award

Benjamin Wallfisch
Hammer of the Gods
Summer in February

Learn more about the World Soundtrack Academy and its mission.